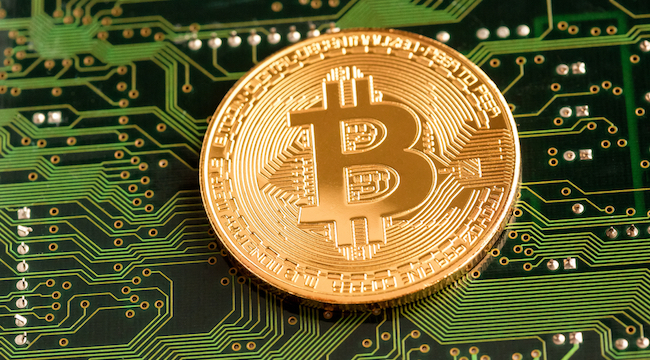 I was just informed that if I invested $100 of Bitcoin in 2010, it would be worth $75 million today. I spent more at the bar last night. That tidbit of information made me want to end it all.

Cybersecurity expert John McAfee went as far to say the cryptocurrency will hit $1 million by the end of 2020. He said, and I quote, “I will eat my dick if I’m wrong.”

And when a currency’s value has increased over 1,000 percent in one year, the cybercriminals will come out to feast.

Hackers are using a process called cryptojacking to take over networks and computers to put them to use in mining Bitcoin. According to Daily Mail, among the high-profile targets was a public Wi-fi at a Starbucks, where dubious code was found that turned visitors’ devices into money makers for scammers.

Noah Dinkin, chief executive of email provider Stensul, brought the issue to light when he was visiting a Starbucks in Buenos Aires. He found that anyone who connected to the store’s hotspot was at risk of having their phones and computers put to work mining Monero, another cryptocurrency.

Hi @Starbucks @StarbucksAr did you know that your in-store wifi provider in Buenos Aires forces a 10 second delay when you first connect to the wifi so it can mine bitcoin using a customer's laptop? Feels a little off-brand.. cc @GMFlickinger pic.twitter.com/VkVVdSfUtT

Users who have been affected have noticed slower speeds on their gadgets, usually caused by a drain on their CPU.

But Starbucks isn’t the only corporation who has been victimized. According to security firm Adguard,almost one billion visitors to video streaming sites Openload, Streamango, Rapidvideo and OnlineVideoConverter each month are unknowingly mining cryptocurrency.

God damnit, I feel like I’m a pawn in Mr. Robot. I can’t even trust my own damn computer anymore!