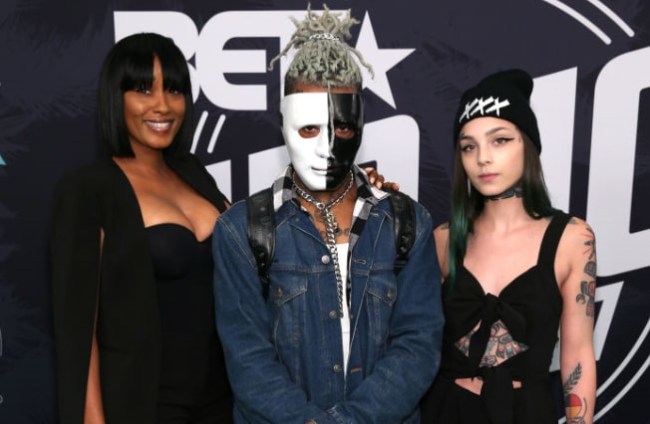 XXXTentacion joins a very small group of artists who have claimed the #1 spot on the Billboard Hot 100 posthumously. The rapper’s song “SAD!” catapulted from #52 to the top spot in a matter of days after he was shot dead on June 18 in Deerfield Beach, Florida. The song had previously peaked at #7 on March 31. This is X’s only song to hit the number one spot on the charts.

XXXTentacion becomes the first artist to have a posthumous #1 hit since the Notorious B.I.G. achieved this feat “Mo Money Mo Problems” back in 1997. That’s a very impressive accomplishment since you consider that in that time a number of legendary singers died and didn’t go to no. 1 including Michael Jackson, David Bowie, Prince, Whitney Houston, and Amy Winehouse.

XXXTentacion becomes only the eighth solo artist to ever have a number one hit. Only John Lennon, Jim Croce, Janis Joplin, Otis Redding, Soulja Slim, and Static Major. However, Soulja Slim and Static Major were featured artists on songs with Juvenile and Lil Wayne.

Nielsen Music reports “SAD!” racked up 48.9 million streams, 26,000 downloads, and 2.9 million radio audience impressions for the week ending June 21. The Florida rapper also broke a global one-day streaming Spotify record on June 19 with 10.4 million streams. The record was previously held by Taylor Swift’s “Look What You Made Me Do,” which received 10.1 million streams on August 25, 2017.

The controversial rapper/singer was gunned down at the age of 20. XXXTentacion, whose real name is Jahseh Dwayne Ricardo Onfroy, was arrested several times for charges that include illegal gun possession, robbery, false imprisonment, witness tampering, and aggravated battery of a pregnant woman.