Quick Update On The State Of The Internet: YouTube Star Denies Rumors He Started About Having Sex With His Cat 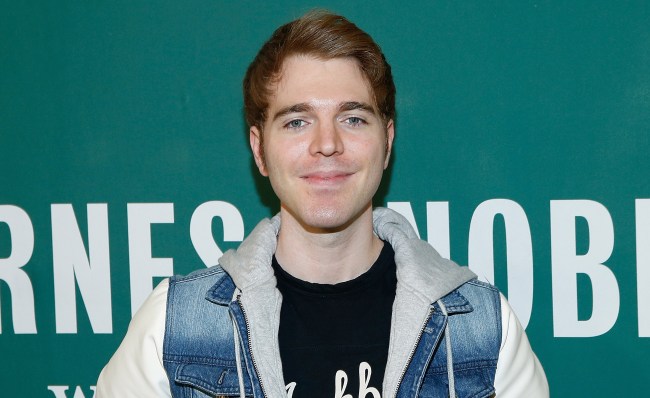 Everyone lies. Some personal lies include inflating my job experience on my resume, pretending I don’t watch The Bachelor in mixed company, and telling my girlfriend there were absolutely positively no strippers at Travis’ bachelor party. What do all of these fibs have in common? They were all conjured up to reach a favorable outcome that would otherwise be compromised by telling the truth. These are rational lies.

Some, like YouTube star (I guess) Shane Dawson, tell lies in which the benefit is completely undecipherable.

Yes, this is a man of vast influence, declaring himself a Non-Cat-Fucker. How brave. How noble.

The diatribe came in the wake of audio leaking from 2015 in which the 30-year-old YouTuber claimed to have had his “first sexual experience” at 19 when he “came all over” his cat.

ive apologized many times for all the dumb shit ive said in videos and podcasts over the years. ive learned my lesson over and over again and im more confident now in my ability to be entertaining by just being myself and not being so shocking for laughs.(2/?)

that story was fake and was based on a dumb awful sketch idea I had years ago that i never made (THANK GOD) and when the opportunity came up for a funny moment in the podcast I told it as if it was a real story which was DISGUSTING and VERY VERY DUMB (3/?)

my goal with the podcast and with my videos years ago was to tell shocking stories that would make people laugh and scream "OMG NO U DIDNT!!" and think i was "soooo crazy". its embarrassing and i fucking hate myself for it. (4/?)

now that im making stuff i love and im being myself it feels so much better and i finally feel like im putting stuff out into the world that means something. im not saying i hate everything ive made over the years (5/?)

theres so many things im so proud of. but all of my offensive jokes, over the top stories, and insensitive jokes are something that still haunt me and something I have to be faced with everyday on the internet. and it never gets easier. (6/?)

i feel like without my past i wouldnt be who I am today and i wouldnt be able to grow & spend my energy on things that actually mean something. this has been the best 2 years of my life & its because ive been able to drop the act & be myself. and im sorry for not doing it sooner

This isn’t the only time the dude has landed in hot water. Dawson has been criticized for his racial comedy, particularly his use of blackface in numerous old skits, and his perceived lack of remorse for them. Dawson also caught heat for calling Travis Barker’s daughter, who was 6 years old at the time, “sexy.”

In any event, I need to laugh so I don’t puke.

Shane Dawson’s cat when he’s finally had enough of being a nut rag pic.twitter.com/E7eRHSkApu

[Shane Dawson, loudly in restaurant] "WHOSE CAT DO I GOTTA FUCK TO GET SOME SERVICE AROUND HERE???"

shane dawson when his cat runs away while he's unzipping his pants pic.twitter.com/2MvIhNApoR

shane dawson coming on twitter to see everyone accusing him of raping his catpic.twitter.com/Tz0nvBnAzm