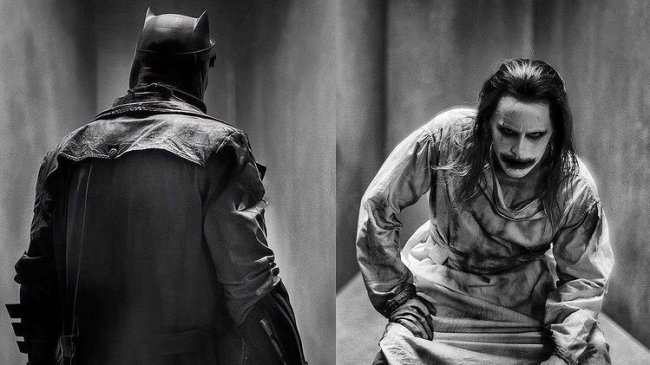 Yesterday I had a deeply personal, and quite public, come-to-Jesus moment. I had to admit to both myself and all of the fine people reading the article that this first-look of Jared Leto’s Joker in Zack Snyder’s Justice League looks pretty damn sweet. There, I said it again. **shudders**

If you want the full account, go ahead and check out yesterday’s article about the photos, but the long-and-short of it is that Jared Leto is my mortal enemy and we are locked in a duel of wits until the day one of us yields. Totally casual stuff.

So, you can imagine how difficult it was for me to admit that these photos, especially considering the lack of the truly horrendous “Damaged” tattoo, are pretty intense! You definitely would not want to run into this Joker, let alone in a post-apocalyptic wasteland, which is where the director confirmed we’ll see Leto’s Joker in the wide-ranging interview with Vanity Fair.

Joker appears in the new film during a sequence set on a ruined Earth after the alien tyrant Darkseid invades and decimates the planet. It’s a dream sequence, a psychic vision, experienced by Ben Affleck’s Bruce Wayne that reveals what will happen if the superheroes fail to stop the onslaught. Joker is sort of the Ghost of Christmas Yet To Come, supplying motivation through terror.

“The cool thing about the scene is that it’s Joker talking directly to Batman about Batman,” Snyder said. “It’s Joker analyzing Batman about who he is and what he is. That’s the thing I also felt like fans deserved from the DC Universe. That is to say, the Jared Leto Joker and the Ben Affleck Batman, they never really got together. It seemed uncool to me that we would make it all the way through this incarnation of Batman and Joker without seeing them come together.” [via Vanity Fair]

In addition to what we’re eventually going to see in the hopefully-decent (please, Movie Gods, just let it be alright, that’s all we’re asking for) Snyder Cut, Snyder also discussed what he would’ve done had his DCEU story continued, particularly as it relates to the death of Robin, which was teased in Batman v. Superman: Dawn of Justice. 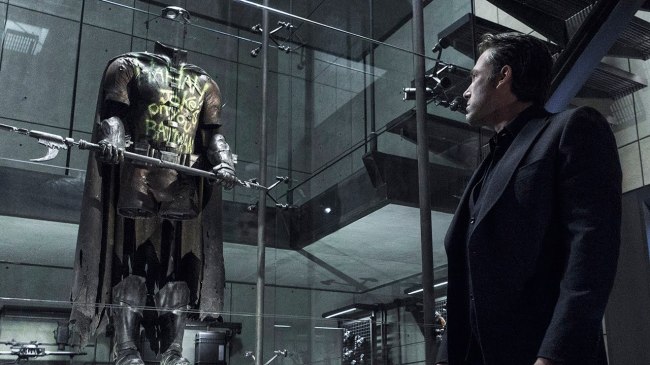 “I’d always wanted to explore the death of Robin,” Snyder said. “And if there ever was going to be a next movie, which, of course, there probably won’t be, I wanted to do a thing where in flashbacks we learn how Robin died, how Joker killed him and burned down Wayne Manor, and that whole thing that happened between he and Bruce.”

The director’s plan was to show “how they became like this … how he hurt him in a way that no one has, really. Other than losing his parents, it was probably the most significant personal injury to his life.”

Are you excited for The Snyder Cut? Let us know in the comments section and make sure to check back for our review podcast when it drops on March 18.