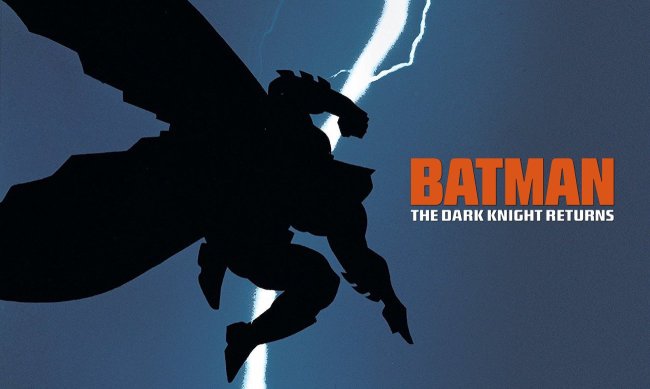 If you’re familiar with Batman beyond the basic mainstream level, then you probably know what The Dark Knight Returns is.

For those who don’t, let me explain as succinctly as I can. You’ve heard of origin stories, right? Of course, you have, considering that’s what most superhero movies are. The Dark Knight Returns is sort of the inverse of that classic tale — it’s a retirement story.

Bruce Wayne — who is now 55-years-old and hasn’t worn the cape and cowl of The Batman in a decade following the death of Jason Todd, the second Robin — is forced out of retirement when a gang known as The Mutants begin terrorizing Gotham City. Along the way, Batman encounters old foes like Joker, Two-Face, and even Superman in the story’s climactic moments. If you’ve seen Batman v. Superman, the battle between the Dark Knight and the Man of Steel was heavily inspired by The Dark Knight Returns.

Without getting further into the details, the reason that The Dark Knight Returns seems to resonate with so many is that it’s more about the legend and the duty of the Batman myth more than Bruce Wayne himself.  As a result of that everlasting quality, the story has always been on the top of fans’ lists when it comes to Batman stories they’d like to see adapted to the big screen. And if Zack Snyder is given the chance, he certainly sounds like he’ll take it.

RELATED- Joker And Deathstroke Will Appear In ‘The Snyder Cut’: What Does It Mean?

“I saw a tweet recently like ‘Snyder needs to stop reading Dark Knight Returns, he needs to read another Batman comic,’” Snyder told The Nerd Queens on YouTube. “I almost tweeted back, I’m sure Jay [Oliva] replied like ‘there aren’t any others!’ I’m so obsessed with that comic. I’ve always thought that maybe one day down the road as a one-off, just as a crusty old Batman, we’d just do it. It’s a dream I have.”

Even though Ben Affleck is set to return as Snyder’s version of Bat in The Flash (in addition to reshoots for Zack Snyder’s Justice League), I highly doubt he’d sign back on for a full film. Now, that said, just because it’s unlikely they Affleck and Snyder make a Dark Knight Returns film doesn’t mean it won’t happen: given its legacy and growing popularity — and Warner Bros’ newfound commitment to using the multiverse to tell one-off stories i.e. Joker — it’s really only a matter of time until the greatest Batman tale is told on the silver screen.