Here Are All The Easter Eggs That Appeared In The ‘Thor: Ragnarok’ And ‘Justice League’ Trailers 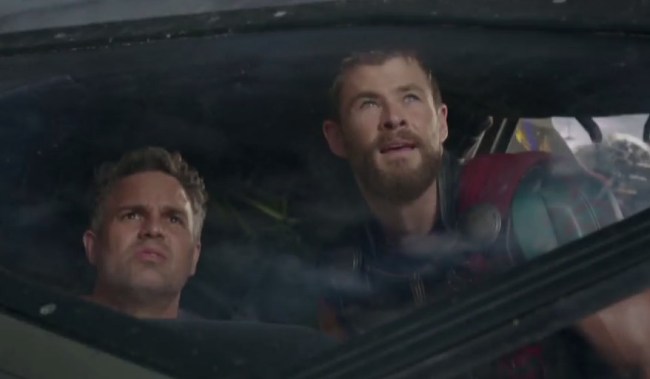 Two of the most anticipated movie trailers to be shown at San Diego Comic-Con this year involved, you guessed it, superheroes. Actually there were three superhero trailers people wanted to see, including me, but Marvel STILL hasn’t let anyone but Comic-Con attendees see the new Avengers: Infinity War trailer. Damn them.

While the new Justice League trailer was chock full of Wonder Woman, as it should have been, there were also a lot of references and Easter eggs that many of us missed. Unless we watched it like 10 times, which thankfully is something our man Mr. Sunday Movies does so we don’t have to do it.

From our first peek at the big bad Steppenwolf to Batman hanging out in Metropolis, and a good look the Mother Box of the Amazons on Themyscira, there is SO MUCH to take in it’s almost impossible. For instance, what is Alfred working on that glows green? Something related to the Green Lantern perhaps? Maybe.

Here are all the Easter eggs in the Justice League trailer…

As for Thor: Ragnarock there were also so many hidden references it was hard to keep track. Are Beta-Ray Bill and Man-Thing in this movie? Bill at one time was able to use Thor’s hammer Mjolnir. How about Ares? Is he back? All of their faces seem to appear on the totem pole tower in the city of Sakaar.

Man, what else did we miss? Check out the video below to find out.