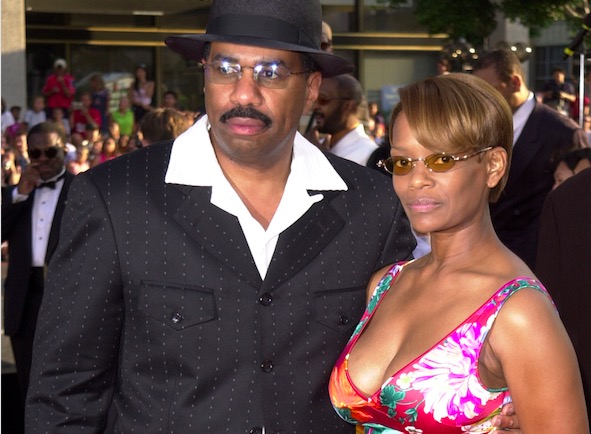 A couple weeks ago, Steve Harvey was the ubiquitously loved Family Feud host. Now, he’s viewed by many as a petty Hollywood diva (thanks to that viral memo) and now finds himself in the weeds of a $60 million lawsuit, filed by his second of three wives, Mary L. Vaughn.

Vaughn, who was married from 1996 until a bitter divorce in 2005, is suing her former husband, claiming she suffered from “prolonged torture with the infliction of severe mental pain and suffering,” resulting in a suicide attempt “by self-medicating [in] an effort to stop the pain.”

According to E! News, Vaughn is suing for alleged child endangerment, torture, kidnapping, breach of contract, conspiracy against rights, intentional infliction of emotional distress, and “soul murdering,” which is defined in the lawsuit as “a combination of torture, deprivation, and brainwashing.”

The lawsuit is mostly rambling garbage mixed in with a sob story.

“The plaintiff had [lost] her son, had her businesses taken from her, nowhere to live, all Mother’s Days had been painful and empty.”

Last month Shackelford posted a series of Youtube videos outlining her issues with Harvey and his current wife, Marjorie. She claims she never received her divorce settlement after the two split. She also sounds like she’s two grapes short of a fruit salad.

It should also be noted that the document was not filed by a lawyer, but rather a woman who tells us she is Mary’s “civil rights activist.”

And the hits just keep on coming for Stevey.