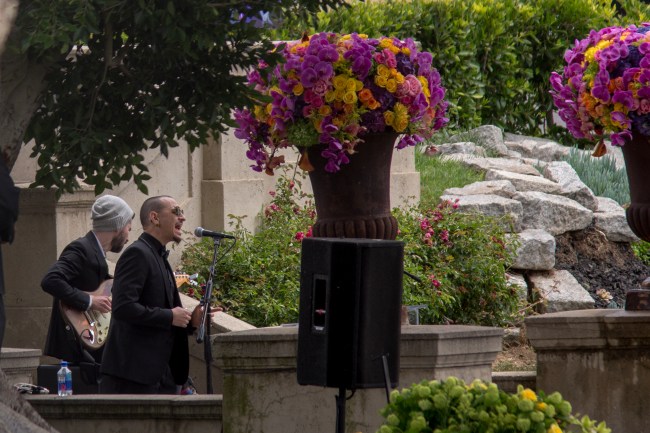 The sad news of Linkin Park singer Chester Bennington committing suicide Thursday morning caps off an awful few months for music, rock music in particular. Bennington was reportedly found deceased at a private residence in Palos Verdes Estates, a suburb of Los Angeles. He committed the act by hanging himself. He was just 41.

As we reported earlier, Chester said he had contemplated committing suicide before due to the abuse he endured as a child by an older man. This could have contributed to the drug and alcohol addictions he battled throughout his adult life.

The Linkin Park singer had been a dear friend to Soundgarden front man Chris Cornell, who committed suicide by hanging back in May. Following Cornell’s tragic death, Chester wrote a chill-inducing open letter to his friend that you can read here. What makes Chester’s death more agonizing is that he took his life on the day that would’ve been Chris Cornell’s 53rd birthday. A coincidence, maybe, but considering Bennington performed at Cornell’s funeral, gave a eulogy, and was the godfather of Cornell’s children, it becomes plausible that the incident could have been planned for July 20.

Below you can listen to one of Bennington’s last live performances, his rendition of Jeff Buckley’s “Hallelujah” at his fallen friend’s funeral. Absolutely gut-wrenching.

I forgot how much I loved Linkin Park as a kid. This song is an absolute mind melter.