James Corden Joined Mark Wahlberg For His Insane 4AM Workout Session, It Didn’t Go Well For Him 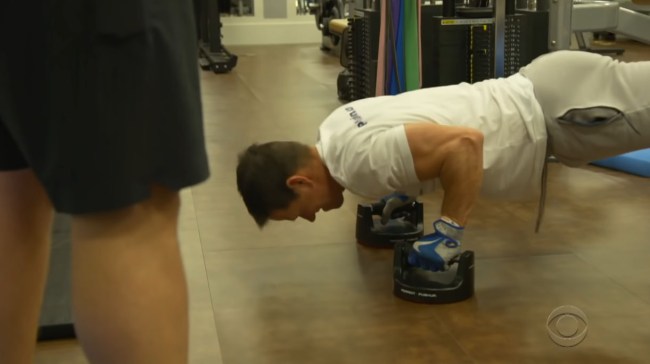 You know that old slogan the U.S. Army uses that says they do more before 9 A.M. than most people do all day? Mark Wahlberg does more by 9 A.M. than I do in an entire week.

He’s got more business ventures than you can shake a stick at, oh yeah, he also finds to time each day to work out like a mad man.

A mad man who works out at 4 o’clock in the damn morning.

Among those who read about Wahlberg’s ridiculous 24-hour schedule and came away in a stage of disbelief was host of The Late Late Show, James Corden.

So to see if Mark Wahlberg is actually human, Corden decided to adopt Marky Mark’s schedule for a day, beginning with his indoctrination into Wahlberg’s “4AM Club.”

Arising at 2:30 AM, Corden was in no mood to go work out. Following Wahlberg’s plan of praying at 2:45 AM, Corden said, “I’m praying that he cancels.”

Once he arrived (“I’ve never seen these roads so quiet,” he said on the drive over.), Wahlberg tried to pump him up, “The workout is going to suck, but you’ll have a shake and some turkey burgers, and afterwards you’ll feel great, and attack the rest of the day.”

As you will see in the very funny video below, Corden didn’t quite make it the full 24 hours. In fact, he didn’t even make it through the full workout, so we’re still not 100 percent sure the 47-year-old movie star is really human.