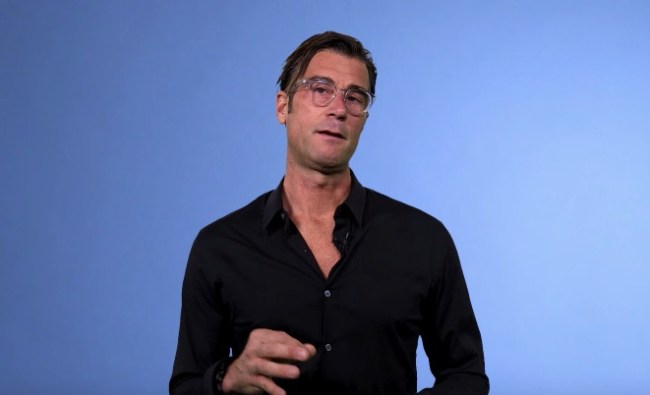 It’s Friday, the end of the school/work week is just a few hours away, and happy hour is just around the corner with Spring knocking on our doorstep. Finding motivation to get fit again can be difficult and it often comes from unexpected places.

Below, elite Ultraman athlete Rich Roll tells his story of how he went from being an overweight 30-something grinding his way up the corporate ladder to becoming of the premiere Ultraman athletes around. Ultraman competitions follow the Ironman triathlon format only they are 2x the distance. Each Ultraman race covers 321.6 miles (517.5 kilometers) which include a 6.2-mile open swim, 263-mile bike ride, and a 52.4 ultramarathon run. Here’s Rich Roll’s story, a story he also tells in his book Finding Ultra which you can pick up on Amazon for only $7.67:

If you’d rather read instead of watching a video, there’s a full transcript of the video in the YouTube video’s description. Here’s an excerpt of that:

For well over a decade, I really hadn’t been taking care of myself. I had become a junk food addict, I was 50 pounds overweight, kind of semi-depressed, and shortly before I turned 40, I was climbing up a simple flight of stairs to go to bed one evening, and I had to pause halfway. I was winded, I was out of breath, I had tightness in my chest, and it was a very specific moment in time in which I realized that not only that I needed to change my lifestyle habits but that I had the willingness that I truly wanted to.
I realized that vague ideas of eating better or working out a little bit or going to the gym weren’t really going to work for me. I needed something specific, something definitive. I’d played around with a bunch of different diets, to no avail, and I sort of attempted this experiment in plant-based eating as kind of the last thing that I hadn’t explored. And I didn’t have a big expectation that it would make a big difference, but within about seven to 10 days of eating nothing but plants, nothing with a mother, nothing with a face, I experienced this extraordinary thing, like I had this resurgence in vitality, my mental acuity improved, my sleep improved, I had this sense of well-being and energy that I hadn’t really felt since I was a teenager. And I didn’t really know what I was doing, but I knew in that moment that I was onto something. (via)

Shocker. Diet and exercise are what helped him get fit. It’s almost as if this isn’t rocket science.

Rich Roll talks in depth about everything that changed his life throughout his book Finding Ultra, and you can scoop up a paperback copy of his book on Amazon for less than $8.