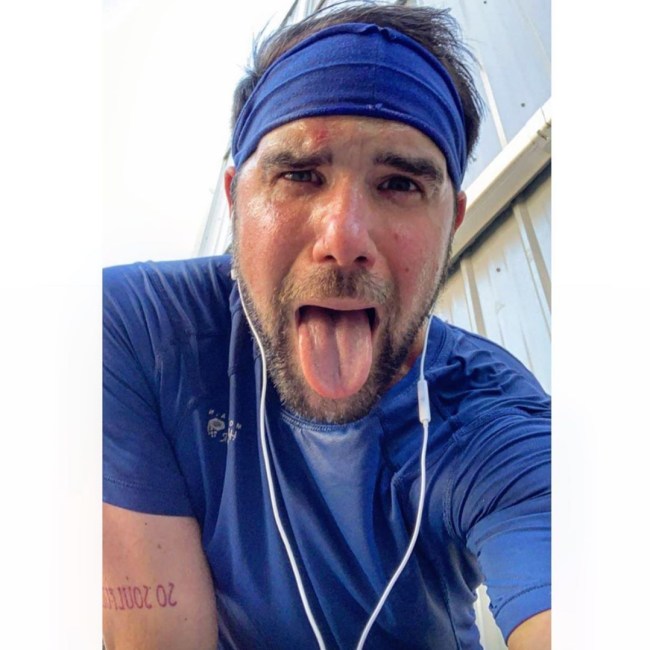 Running in the rain is something that you either love or you hate. For any runner out there, you know exactly what I’m talking about, because it can either be enjoyable AF to feel those drops all over your body, or absolutely miserable getting soaking wet, with your clothes and shoes feeling heavier than normal.

Although it’s just about summertime and (for the most part) it’s sunny and warm outside, as someone who lives in Seattle, June can always be hit or miss when it comes to the weather. No, it doesn’t rain everyday here like some people think, but, even when the calendar suggests it should be summer, that’s not always the case.

Well, not long ago, when I was out running in the rain, I had a little emergency to deal with and had to make a real big boy decision: Stop from pounding the pavement and reroute myself in order to find a bathroom to take a piss, or simply say “fuck it” and make the bold move of being a 35-year-old who peed his pants so not to break stride. As the title of this post reveals, I chose the latter.

So what in the hell actually led me to the decision of peeing my pants while running in the rain? Well, naturally, it was because I didn’t want my time to be impacted.

In my little peabrain, I figured that I was already soaking wet, so anyone who was actually on the sidewalk or passing me in a car wouldn’t have any fucking clue I was soaked in my own piss. And we’re not talking pre-running water piss here, guys, but that dark, stinky, dehydrated-from-drinking-too-much-booze from the night before kind of piss. You know exactly what I’m talking about.

As I approached the 6-mile mark in my run that day, I felt that feeling coming on that I might have to pee. No big deal, so I thought, because I’ve felt this plenty of times and never once pissed my pants. I was just going to ride it out till I got home.

Then I just got into a zone, and I kept running… and running… and running, realizing on my fitness app that I was booking it and knocking out each mile at a 7:04/mile clip. As an Average Joe, that’s fucking Usain Bolt kind of shit, so I wasn’t about to risk setting a personal record by stopping, tightening up and losing that kind of pace just for a little bathroom break.

So I made the decision to just let it flow, knowing damn well that this was a defining moment in my running career: The first time I chose running over being a sane human being. Never have I been more proud of myself.

There I was, drenched in my own pee for the final 2.5 miles of my run that day. I felt liberated. I felt alive. I felt… disgusting as all hell.

But, hey, just as influencers “do it for the ‘gram” when taking pics and posing for videos, I needed to show my people on social media that my running time was a personal record that day. I’d be damned if I sacrificed the opportunity to do so by stopping for a private restroom. Would I really risk the opportunity for DMs and congratulatory emojis for that? Hell no.

Happy national running day, y’all! This little hobby has taken me to some dope-ass places around the country with friends and family, and given me tons of memories along the way. I’ve always said the mental health benefits of running outweigh the physical health benefits, as it’s the one time in my day when I can unplug, listen to music (probably classical) and get my mind right. So, from bridges over I-65, to dodging tourists in the city, to sunset runs in late summer, here’s to all my fellow runners who use those stems of theirs to pound the pavement. . . #nationalrunningday #runningday #running #healthy #fitness #marathons #halfmarathons #forrestgump #feltlikerunning

Look, anyone who has ever run a half-marathon or full-marathon probably knows the insanity of being a runner. We really are a different kind of breed who, generally speaking, prefer to push our bodies (and knees and backs) through hell in order to stay in shape. That’s not to say people who lift or bike or do any other form of exercise are any different, but runners are… unique. We’re like the swimmers in high school, who, for some reason, all seemed to bleach their hair together and shave their bodies in small groups. It’s weird. It’s quirky. It’s part of the culture — just like running in the rain to get a workout is.

So too is pushing yourself to run 1,000 miles in a single year is — as my podcast co-host Chris Illuminati recently wrote about. And, sadly, peeing your pants in order to keep your pace is very much part of that culture. It’s why Illuminati and I launched our “We Run This” podcast to begin with; because the running community just seems to understand all these strange habits we do for the sake of a faster time.

You can listen to future episodes on iTunes, Spotify, Anchor, Pocket Casts, Radio Public. You can also subscribe to our YouTube channel so you can hear other wild stories about things that are socially unacceptable to do unless you’re in running gear.