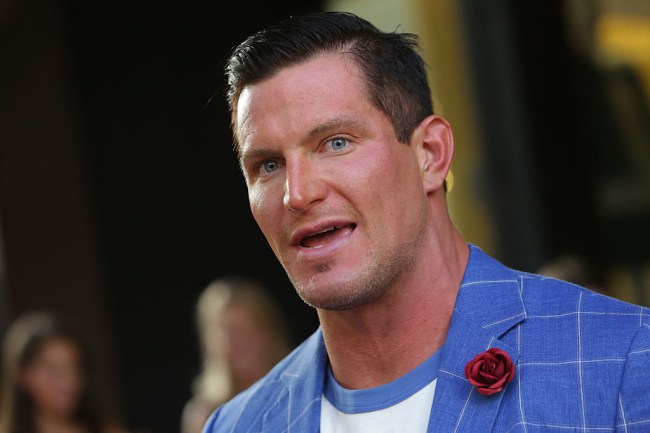 I’m just kidding, my girlfriend didn’t actually leave me. It’s tough to walk out when you’re chained to the radiator.

So I was scrolling through Instagram on the train this morning–rifling past Happy Birthday collages and Spotify screenshots of songs that people deem worthy of standalone posts–when I found myself entranced on a bikini photo of a nearly-naked human on a beach.

This typically wouldn’t be worthy of mentioning seeing as I haven’t missed an Emily Ratajkowski post since the Spring of 2012. I’m the guy who desperately posts “Beautiful! Follow back!” in her 38,372 comments like a true beta male.

In any event, this wasn’t an EmRata production. Not a Jen Selter snapshot. Alexis Ren was nowhere to be found.

Eventually, I scrolled down to a picture of his wife, gave it a cursory glance of approval.

Then scrolled back up again.

Mind you, Weatherford is 35 years old and was a goddamn PUNTER in the NFL. Now he looks like he could stiff arm Khalil Mack into the earth’s core.

The world needs a re-calibration to bring it back in balance. I’ve got just the thing.