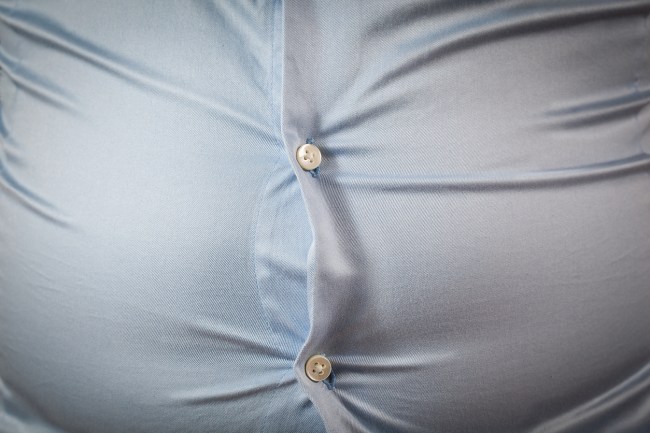 Once the questions are asked, the answers have to be honest.

Lying to yourself leads to nothing but dead ends.

Peter Perez lied to himself for a long time.

In a feature this week on Men’s Health, Perez discusses how the pressure of going to school and working a full-time job led to poor habits, fast food for every meal, and stress eating.

Perez pretended that the weight gain didn’t bother him, at least not enough to do anything about his 324-pound frame.

It wasn’t until his father – himself over 300 pounds – asked Perez a simple question of his own.

When his father approached him and shared his concerns about his weight, Perez broke down in tears. When he asked his son how much he weighed, Perez couldn’t answer because he hadn’t been on a scale in quite some time.

Perez then began asking himself tough questions, mostly about his past failings, to get to the bottom of how he ballooned up to the uncomfortable weight.

He asked: “What have I done when I tried to lose weight in the past? Why didn’t it work? What can I do differently?”
After reflecting on these questions, he realized he tried to do too much too fast by attempting to change his diet overnight or attempting a hard gym routine right out of the gate, which only led to disappointment.

Perez started his journey to massive weight loss by eliminating one thing at a time from his diet. First soda, then desserts, then most junk foods.

In addition to dropping half of his weight, Perez told MH he felt more mentally sharp “within weeks of eliminating junk food.”

“I also started to feel like I was taking care of myself instead of punishing myself,” he added. “I felt like, ‘This isn’t a diet—this is just how I live now.’”

When asked for advice to give other men struggling with weight loss, Perez feels a person only has to ask themselves one specific question and find the answer.

Find your why. WHY do you want to lose weight?

“Difficult things are easier to do when I understand why I am doing them,” he said. “If your why is good enough, it will propel you forward.”

Once you find your why, it will be easier to start exercising, eating right or doing just about anything in life.

Start small. Eliminate one bad thing from your diet or workout just 3 minutes a day.

Find your why and JUST DO SOMETHING.