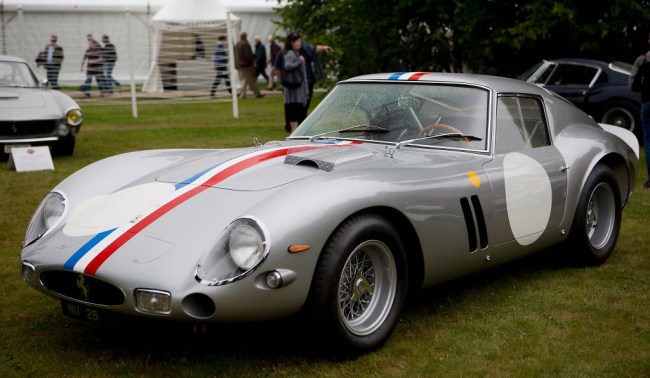 A 1963 Ferrari 250 GTO like the one pictured above just sold for a record-breaking $70 million or almost twice what a 1962 Ferrari 250 GTO sold for in 2013, making it officially the most expensive car ever sold.

The legendary 300 horsepower, 174 mph road-legal Ferrari is believed to have been purchased by David MacNeil, CEO of WeatherTech, reports The DuPont Registry. (You know who else could afford a car like this? These guys.)

Leading Ferrari historian Marcel Massini, who described the car as one of the top three or four GTOs in the world, confirmed it had been bought by an American businessman. Mr. Massini added he was confident a GTO would be sold for $100 million within five years.

During the 1990s, the GTO was restored by Hertfordshire-based DK Engineering. The bluechip car specialist wasn’t involved in the $70 million deal. But James Cottingham, vehicle acquisition specialist at DK Engineering, said: “This is without doubt one of the best 250 GTOs in existence in terms of history and originality.

“Its period competition is very good. It won the Tour de France, which is big tick and was fourth overall at Le Mans, which was a mega result.

“It was raced by Ecurie Francorchamps, who are one of the most iconic and famous independent Ferrari teams; it has never had a big accident and it is highly original.” (Fox News)

Francorchamps teammates Lucien Bianchi and Georges Berger were the drivers of the car for its big victory in the ’64 Tour de France.

Here are a few looks at what kind of car you can expect to get for $70 million.

A post shared by The Real Car Life (@therealcarlife)