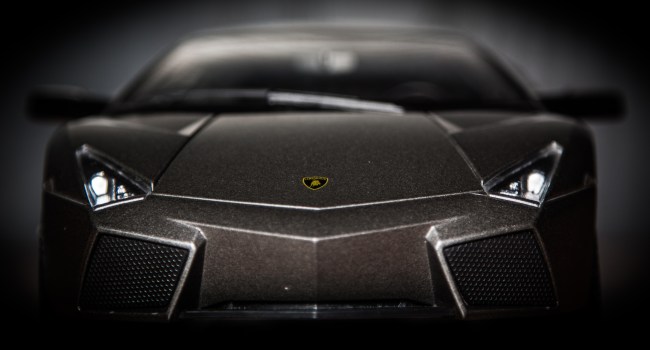 A physicist from Colorado just locked up the “Father of the Year” award this year by using his intellect, 3D printer, and $$$ to make his son’s dream come true.

The son drove a Lamborghini Aventador on XBOX’s Forza and immediately fell in love with the Italian supercar, as does anyone who comes in contact with this incredible car. He asked his dad ‘can we build one?’ to which the dad responded ‘sure’.

In most instances, a dad would brush this off as ‘my kid is insane for thinking we can build a Lamborghini but he’ll forget about this within a week’ but Sterling Backus just completed the project and now has a working Lamborghini Aventador replica on a budget of just $20,000. He worked side-by-side with his 11-year-old son on the project dubbed “Interceptor” and the finished car looks siiiiiick.

Backus is the Chief Scientific Officer at KMLabs in Boulder, Colorado, according to Autoblog, so if anyone was equipped to pull this off then it was this man. The project had twists and turns, including the building materials required:

Backus hand-built the steel chassis and pulled an LS1 V8 from a Corvette for power. He found the panel layouts through online design community GrabCAD, and then he modified them for 3D printing.

But he ran into a problem: The 3D-printed plastic would melt in the sun. So, he decided to incorporate carbon-fiber encapsulation (shown below), in which he wraps the parts and covers them in epoxy. Piece by piece, he assembled the shape of the supercar using a Creality CR-10 105 desktop 3D printer that he got for about $900 from Amazon. The front brake air intake alone is said to have taken 52 hours to complete. Additional cool features include a gated shifter, functioning lights, and scissor doors.

In order to pull this off, he had to do a ton of Additive Engineering learning and for that, he turned to YouTube. Modern problems require modern solutions. He acquired knowledge along the way and built this badass working car with his son. He uploaded several videos to YouTube along the way:

According to his Facebook Page, the plan is now to take this car from school to school and teach kids how badass science can be, that it’s not all photosynthesis and periodic tables, but the real-world applications of engineering are something anyone can get interested in when the science is presented in the proper light of day.