Watch The Japanese Electric Hypercar Aspark Owl Do 0-60 In A Record 1.9 Seconds 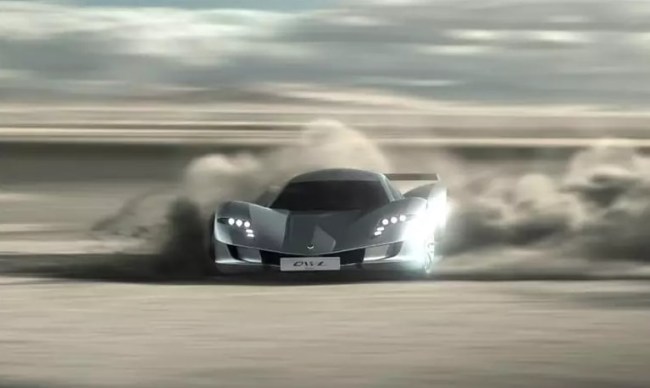 Tesla is known for its ridiculous performance despite being an electric car, most notably for their neck-breaking quickness. But there’s a new sheriff in town. Japanese automaker Aspark unleashed their electric hypercar that is even faster than Tesla. The Aspark Owl electric hypercar just destroyed Tesla’s 0-60 acceleration record and is the quickest street-legal car on the planet.

The Aspark Owl is a road rocket that zooms from 0 to 60 mph in a record 1.9 seconds. For comparison, The Bugatti Chiron zips 0-60 in 2.3 seconds and the Lamborghini Aventador does it in 2.7 seconds.

The Owl is powered by two electric motors, one for each axle. The electric motors boast a combined 430 horsepower and 563 pound-feet of torque. Aspark claims the Owl has a top speed of 174 mph. The chassis is made of carbon fiber that allows it to only weigh 1,874 pounds.

During the speed test, the Owl was fitted with slick Hoosier racing tires that are not street-legal. But that record-shattering performance will cost you dearly.

The Aspark Owl will only manufacture 50 vehicles and has a price tag of $4.4 million. Much more expensive than the Model S that has a base price of around $70,000. Speaking of Tesla, check out this Tesla Model X police car.

The action starts up at the 1:05 mark. That’s a pretty brave driver to floor it and then have to jam on the breaks because the pavement ends pretty quick and trees are right in front of him.

You can watch the burnout at the 43-second mark.