#whiskey
BroBible may earn a commission if you buy a product or service via links in this article.
by Brandon WenerdSeptember 26, 2020 5:38 pm 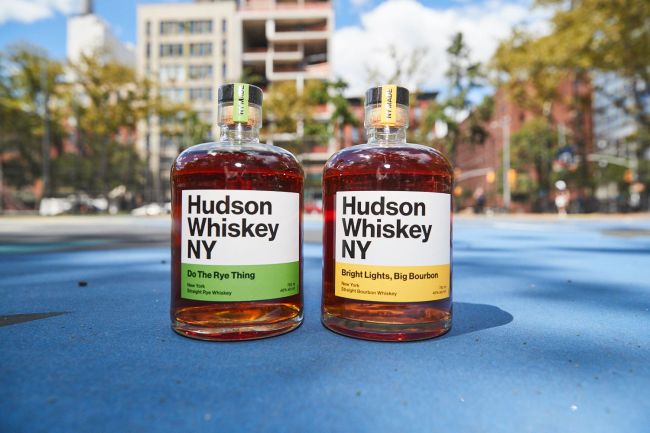 Whiskey is a proudly geographic spirit. Like wine, where a whiskey comes from is a quintessential part of its identity, making it oh-so-much-more than limestone spring water and fermented mash.

I first came across Hudson Whiskey while living in New York City in my 20s -just as the independent craft spirit boom started gaining traction. Hudson’s signature stubbie round bottles stick out on the whiskey shelf (or, often, behind the counter with the good stuff) of your typical NYC liquor store. It piqued my curiosity a couple of times, notably for slaying all my preconceived notions about where a great tasting whiskey can be distilled.

“A whiskey… from NEW YORK?!” I’d whistle to myself in curiosity,  lifting up the bottle to inspect the label. There it was, right up on the same shelf with the Woodfords, Knobb Creeks, Russell’s Reserve, and Blanton’s.  Something didn’t seem right about the notion of a whiskey from New York, I thought at the time. Sure, New Yorkers are famed for leisurely enjoying the stuff at happy hours and after work dinners.

As a non-native New Yorker, I’d go full Pace Picante salsa on the very concept of a whiskey held in such high regional esteem yet distilled and barreled outside of a traditional whiskey hotbed like Kentucky, Tennessee, Ireland, or Scotland.

I was so naive. What I didn’t realize, at the time, is that you can make the stuff anywhere and have it take on its own unique character to that exact place – again, like wine.

I finally got to try Hudson Whiskey when a friend brought a bottle of their Baby Bourbon to a private rooftop happy hour on a beautiful Friday night in the spring. It was the first Friday night where the sun lingers in the sky just a *little* bit longer than the previous few Fridays, a sign that we were inching towards summer.

We poured a dram of Hudson into SOLO cups (…the ultimate NYC experience in your 20s), cheers’d, and sipped.

That was the very real moment I realized all my preconceived notions about whiskey and its sense of place were dead wrong.

Whiskey can have a proud geographic heritage wherever its from, as long as what’s in the bottle is done right.

And Hudson Whiskey nailed it, especially for a spirit with a flavor profile often defined by the years it spent in the barrel. 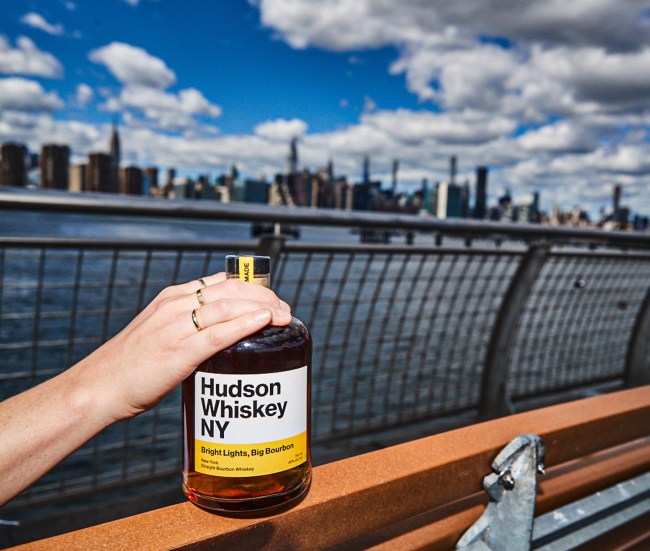 Started in 2005, Hudson Whiskey is one of the pioneers of the independent craft distillers movement. Its flagship bourbon and rye offering gave the spirits word a taste of what a carefully-crafted whiskey from the Empire State could taste like.

The brand just rebranded and relaunched their bottles on a national level, aimed at capturing customers outside of the Tr-State area. This includes renaming some of their flagships, along with a new label using the same typeface as the iconic signs that mark the New York City subway system.

The names of the new whiskeys are inspired by New York City’s grit and larger-than-life character:

Props for the gentle nod to Spike Lee’s Do The Right Thing and Jay McInerney’s classic novel about New York City in the ’80s, Bright Lights, Big City.

Back Room Deal is smooth yet smoky, with distinct notes of peat from the Scotch barrels yet a subtle hint of vanilla sweetness like a masterful rye. 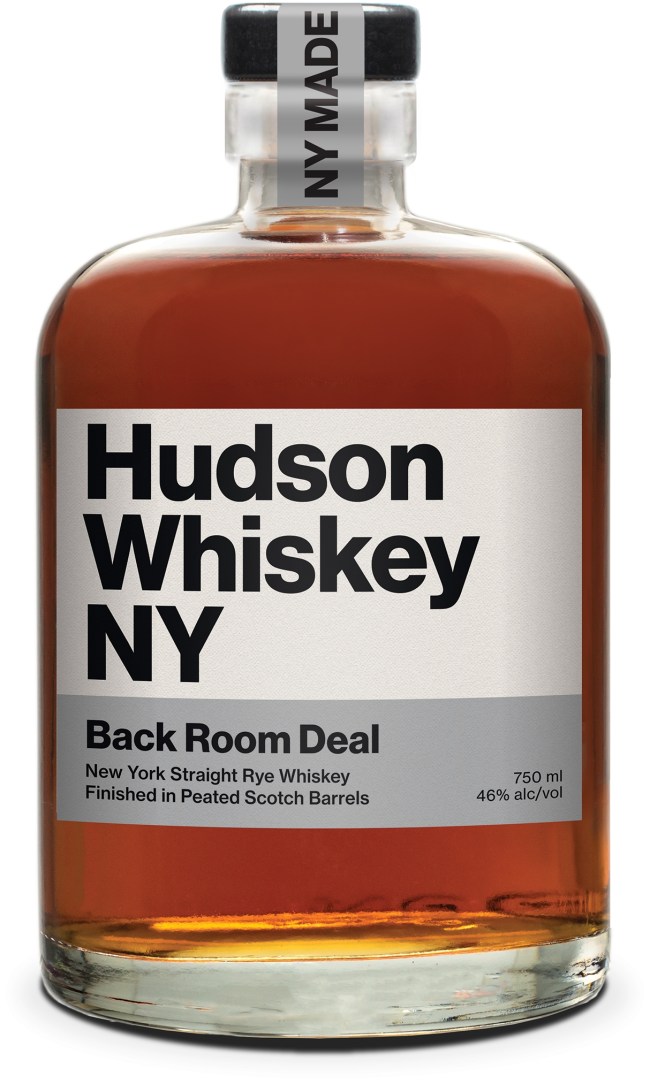 Look for the new Hudson Whiskey bottles wherever you get your whiskey – including via delivery on Drizly. 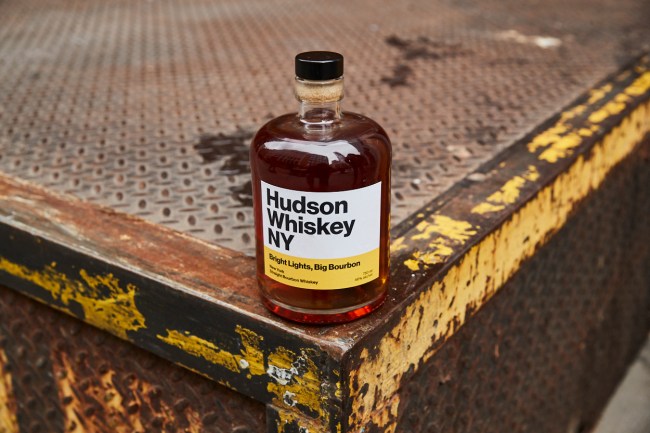 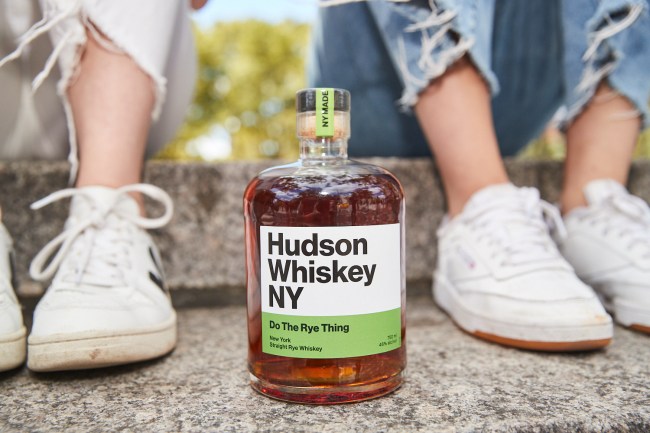 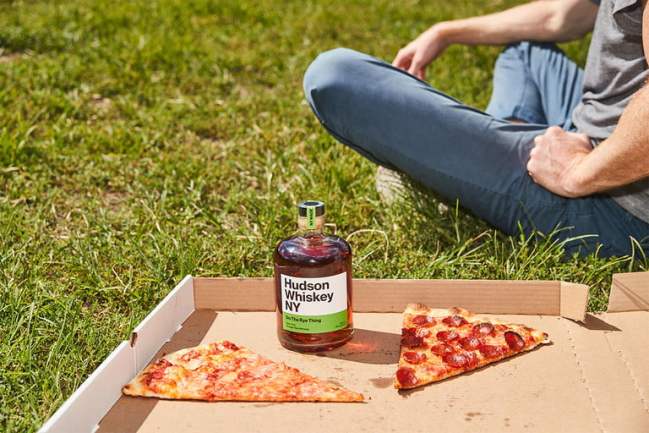 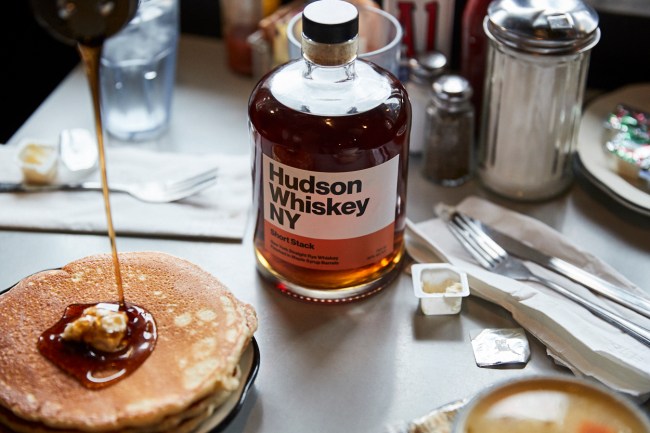