This Full-Scale McLaren 720S Is Built Out Of LEGO Using More Than 280,000 Bricks

BroBible may earn a commission if you buy a product or service via links in this article.
by Cass AndersonDecember 21, 2017 9:13 am 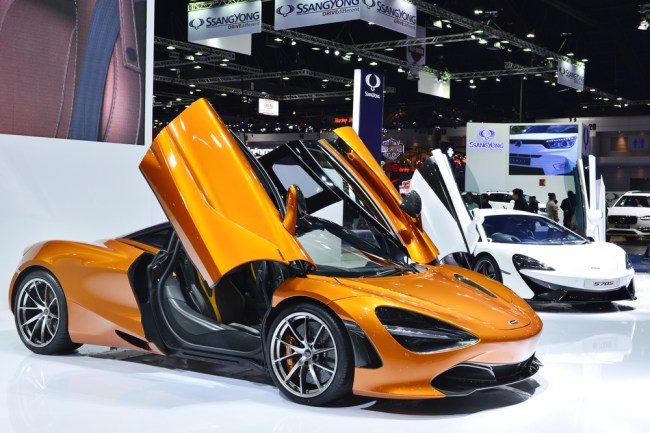 This car’s a total beast and it’s already received a cult-like following, so much so that you can buy LEGO block kits for the car on Amazon. The McLaren 720S LEGO kit only includes 161 pieces and it retails for $24.90 on Amazon. That’s a far cry from the full-scale LEGO model below.

It took over 2,000 man hours and more than 280,000 LEGO bricks to construct this full-size McLaren 720S model. This is easily one of the most ambitious LEGO projects I’ve ever seen in my life:

If we’re being honest here, I think this is awesome but I also think they could’ve gone further. They didn’t need to construct this model with an engine fit for a hypercar, but wouldn’t it have been badass if they put some sort of an engine inside of this McLaren 720S model? They could’ve thrown a GoCart engine in there and I would’ve been 100x more stoked. I just feel like if you’re going to devote 2,000 man hours to build a model of a car you might as well try and make it a working model, on some level. Maybe I’m alone here, but I feel like this could’ve gone one step further.