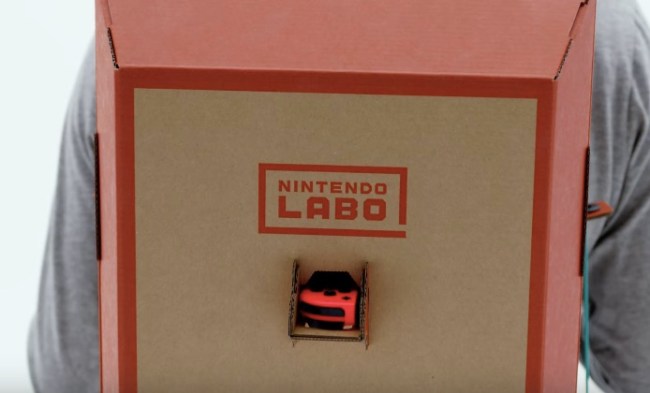 Gaming has come so far in my lifetime that it’s hard to keep up. I don’t own the Nintendo Switch. I actually took a lot of flack from trolls a while back when I bashed the Nintendo Switch’s launch as lackluster. But I’ve played with the Nintendo Switch at a buddy’s house and I do think it’s a pretty awesome innovation on Nintendo’s part and something that I couldn’t even begin to wrap my mind around back in the days when I was playing Mario Bros. on my Nintendo NES.

Nintendo released a ‘First Look’ video yesterday of their Nintendo Labo. This is proof that the lines between online gaming and real-world interaction are blurring more and more by the minute. This will combine awesome DIY projects with Nintendo Switch gaming in ways that nobody could’ve seen coming:

The Nintendo Labo will come with cardboard objects which can be manipulated into various shapes to create objects which will then interact with your Nintendo Switch. Yes, LEGO blocks were pretty fun (and time-consuming) as a kid. But the Nintendo Labo taps into that same creative power in a way that takes innovation into the future. It’s not entirely clear if Nintendo have already shown all the DIY projects in this first look video but I’m guessing that there are plenty of cool objects to be built which weren’t seen in this clip.