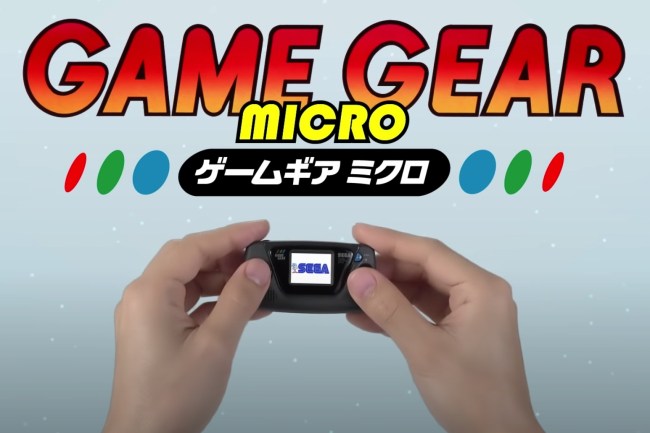 The SEGA Game Gear was released in 1990 to compete with the immensely popular Nintendo Game Boy. When it came to console gaming back in early childhood, I never had extreme loyalty to SEGA or Nintendo. I really just went with whatever my parents were willing to buy me. But I chose the SEGA Game Gear with money I’d earned from doing chores around the house. Or at least it’s money I was told I’d earned from doing chores. I was really too young at that point to do anything of value so who knows what my parents were actually paying me for back then.

The Game Gear was my right-hand man on family road trips and to celebrate SEGA’s 60th year in business they are bringing back a Game Gear Micro. The Game Gear Micro is smaller than the palm of your hand and it will be sold in four colors (Black, Blue, Yellow, and Red).

This micro handheld device will feature radial + duo-button controls and the backlit screen will display up to 32 colors at a time. SEGA released a preview video of the new Game Mear Micro that will launch in Japan later this year (October) and retail for $45.

Some SEGA fans were disappointed by this announcement because it was teased SEGA was coming out with a ‘revolutionary’ announcement only to drop a smaller version of the Game Gear. The screen measures just 1.15 inches across which will make seeing the screen difficult for some. SEGA realizes this and is already offering an attachable larger screen.

The other complaint fans have pertains to the games themselves. Each color of the Game Gear Micro will come preloaded with four games. Four colors, four games, sixteen games in total. But in order for SEGA fans to be able to play all sixteen games, they will have to purchase all four colors of the Game Gear Micro. As it stands, there’s no way to load new games onto the device. 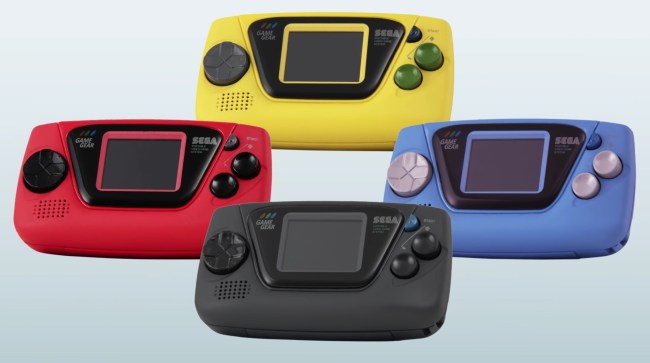 At $45 per device, it’s not as if someone would go broke buying all four but it is definitely annoying for fans who desperately want to play a specific game who then have to buy the entire handheld device just to get that game.

You can visit SEGA’s website for more information on this release.