#Flying Motorcycle
BroBible may earn a commission if you buy a product or service via links in this article.
by Cass AndersonMarch 8, 2019
Facebook Twitter Reddit Flipboard 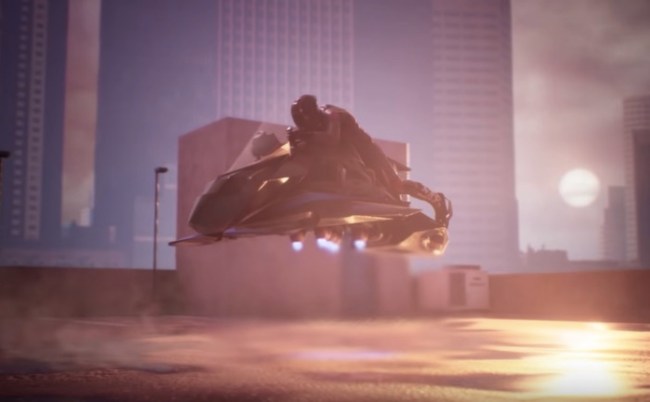 If you’ve got a tiny fortune sitting around and want to roam the skies on a ‘flying motorcycle’ capable of reaching 150MPH and 15,000 feet then you need to check out what California startup JetPack Aviation is up to.

They’ve just released a trailer video for THE SPEEDER which claims to be the world’s first flying motorcycle. The company claims their flying motorbike can get up to a roaring 150MPH which is a hell of a lot faster than the Hoverbike S3 MAV which was announced a few years ago and claims to top out at 65MPH.

THE SPEEDER is powered by four ‘turbojet engines’ which are powered by a self-stabilizing fly-by-wire control system. Riders will be able to get up to 20 minutes of flight time depending on the weight of the rider, and it runs on diesel or kerosene fuel. 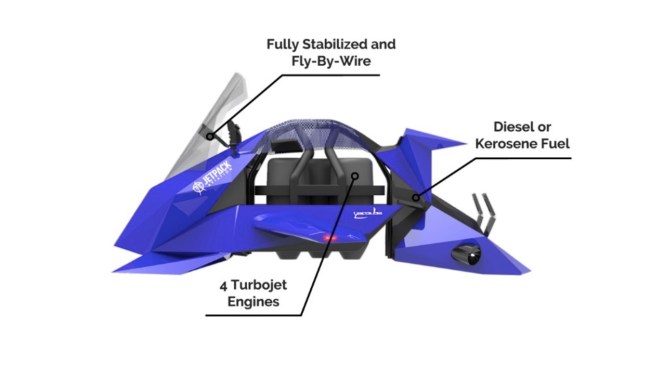 If this sounds outrageous and too good to be true, I’m right there with you. But there is a reason to be optimistic here. THE SPEEDER is the brainchild of the same company who released a personal jetpack capable of reaching 100MPH.

Here’s the catch: THE SPEEDER isn’t cheap. The price tag’s listed at $380,000 so this is definitely going to be a toy for the super wealthy. Pre-ordering on their website right now for $10K will get you access to a bunch of add-ons, and there is only availability for 20 units to be pre-ordered at the moment so I imagine these will sell out.

If you’ve got the cash, you can pre-order THE SPEEDER on their website. Only 20 will be available to the public with the rest of these flying motorbikes going to the government and military, according to their landing page.