What The What? Prior To Landing ‘Wonder Woman’ Gal Gadot Says She Was Planning To Quit Acting 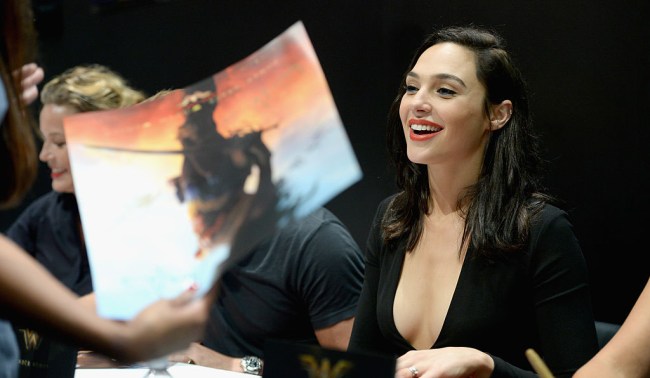 Okay, let’s think about this for a moment… A Wonder Woman movie, but NOT starring Gal Gadot. Now I know director Patty Jenkins is a really good director, but I’ve been burned by too many DC Comics movies now that I shudder to think of a Wonder Woman movie without Gal Gadot in the lead role.

Amazingly, that scenario almost became a reality, because the 32-year-old Gadot says that prior to landing the role of Wonder Woman she was completely set to give up on acting.

Not that I can blame her. The one-time Miss Israel, who also served as a soldier in the Israel Defense Forces, absolutely lit up the screen when she played Gisele Yashar in the Fast & Furious movies. Until they foolishly killed her off, that is.

Unfortunately, other than the four movies in that one series, Gadot had managed to only land roles in three other films between 2009 and 2015. What a waste of talent.

Which is why, as she tells Glamour, Gadot was all set to hang it up as far as Hollywood was concerned and begin a new career as a lawyer…

“Before I got Wonder Woman, I was thinking about never coming back to Los Angeles, [I thought I’d] stay in Israel, work as an actress here and there, go back to university and do something else. Because there had been so many ‘no’s. You go to the audition and you have a callback, then another callback and then a camera set-up, and people are telling you your life will change if you get this part. And then you don’t get it. I reached a place where I didn’t want to do that anymore. My husband has a lot of work in Tel Aviv, and we had a daughter, so taking them to LA to fish for work put a lot of pressure on me. I was like, ‘Why am I doing this?’ Hearing no, over and over, I was thinking, ‘What am I good for?’ And that’s when I got Wonder Woman.”

Thank goodness, and not just for our sake. Gadot too is now happy she didn’t end up quitting acting and going into law, revealing, “I would be the shittiest lawyer.”

Somehow I doubt that.

💥 GAL POWER 💥 Check out our amazing limited edition cover and inspiring interview in the December issue #onsalenow … Here's a snippet: "Hearing no, over and over, I was thinking, 'What am I good for?' And that's when I got Wonder Woman." ⚡️ • • • • Interview: @itshelenwhitaker Photographer: @matthias_vriens_mcgrath Art Director: @lisrah Fashion Editor: @lucytempestwalker Hair: @jennychohair Make Up: @sabrinabmakeup Manicure: @christinaviles Animation: @ilonagatherer