Katharine McPhee Revealed What She Wants In A Relationship, So Listen Up, You Might Learn Something 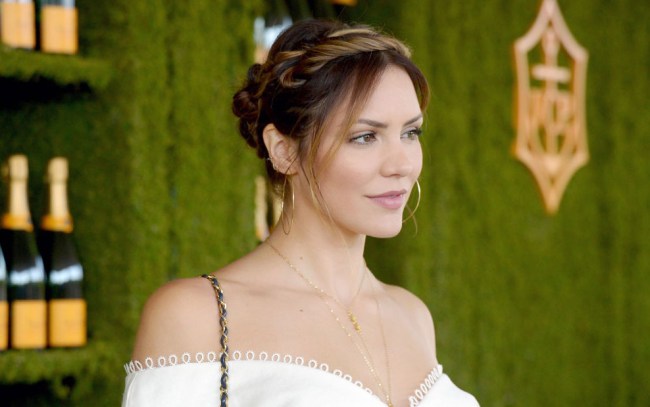 It’s hard to believe, but it’s been 11 years since Katharine McPhee went from obscurity to appearing on the 2006 edition of American Idol, eventually finishing second behind Taylor Hicks.

Now she’s 33-years-old, starring as Paige Dineen on the CBS drama Scorpion, which is now in its fourth season, and will be releasing her fifth album on November 17th.

McPhee, who was married from 2008 to 2014, and has been rumored (falsely, according to her) to be dating 68-year-old musician, producer and composer David Foster, reveals in a new interview with Health magazine that she is currently “pretty single.”

I had a relationship with my lead actor on my show [Elyes Gabel] that was almost two years. I still am crazy about him, and we have a really great working relationship. It’s definitely not the easiest thing to get over someone you see every day! It’s still an adjustment. But I haven’t had anything super serious since.

It’s funny, because your characters are now together on the show!

I know. Of course it happens like that! Kissing each other feels very natural. Sometimes I’ll slip him the tongue, just to be rude. [Laughs]

What are you looking for in a relationship?

Someone’s who’s spontaneous and adventurous, who’s ready to just go do something — or let you go do it at the drop of a hat. I’m so independent now; I wasn’t really that independent when I was in my 20s, so I need to be with someone who has their own life.

When asked about her plans for 2018, again McPhee expressed an interest in the prospect of finding a new boyfriend.

I’m open to meeting somebody who wants to have a relationship, but I’m also not sure that I’m ready for it. I think that’s what dating is about, kind of figuring out, “Do I want this?” We’ll see.

Based on the photo shoot McPhee did to accompany the interview she will surely have no shortage of potential suitors.

My @healthmagazine cover just came out! Thank you for making me your December cover girl!! #covergirl #health #healthylife #healthmagazine

“I used to drive my poor ex-husband crazy, because I was so thin and saying ‘Oh, I’m fat.’ I’ve moved away from that, thankfully, and I’ve grown up,” says @katharinemcphee. “Sometimes I still wanna say something negative, but at the end of the day, I really do love my body.” @katharinemcphee opened up about body confidence and cutting down on negative self-talk in our December issue. Tap the link in bio for the full story.