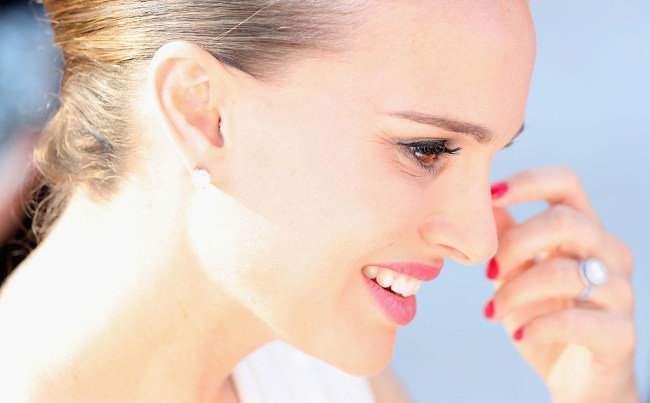 Okay, first off, hold on a sec here. Natalie Portman is 36-years-old? That just doesn’t seem right. (A) She looks younger than that, and (B) how long has she been acting?! Why does it feel sometimes like celebrities who we first saw when they were teens should still be still younger than they really are? I guess that’s what they mean when they say time flies, huh? Damn.

Man, Portman’s first movie role was in the 1994? That’s…hang on…23 years ago?! What the… good lord, she’s been in a lot of movies since Léon: The Professional.

Anyway, sorry, back to the original point of all of this. Natalie Portman is back. After having her second child this past February, a daughter, Portman is finally back doing some things that we, as her fans, can enjoy.

Oh, I know she was in a movie called Song to Song with Ryan Gosling which apparently came out in March, but it was actually made a couple of years ago and no one went to see it. Seems to be a growing trend with Portman. 2016’s Jane Got a Gun was also an old movie that just didn’t get released for years. And then there was Jackie which, well, literally almost no one saw it either.

Here’s a little taste of Song to Song…

That’s probably all you need to know about that movie.

Portman does have two more movies currently on the slate to be released in the next year or so, The Death and Life of John F. Donovan and Annihilation. Hopefully, at least one of those turns out better than her last several films.

Which is why I am sure it’s no coincidence that she is back doing cool ads for Dior — some thing she’s been doing since, by my recollection, at least 2012.

Thanks for the reminder, Nat. We’ll definitely be keeping an eye out for your new flicks.