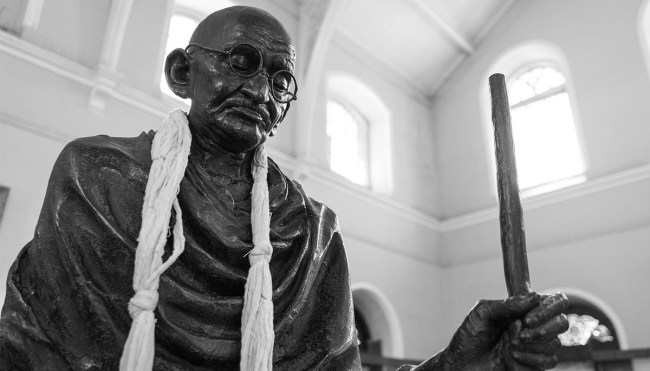 If you’ve ever looked up to a children’s author, athlete, or humanitarian actor, you have an idea of what you think that person is like when they aren’t in the public eye.

However, there’s a reason “Never meet your heroes” is a saying that has managed to stand the test of time.

In reality, you’re probably wrong when it comes to assuming how famous people act behind closed doors, and whether you want to believe it or not, even the most seemingly perfect people are actually pretty terrible people in their personal lives—including these high-profile names.

There are a few things that you probably didn’t know about Theodor Seuss Geisel, the children’s author known as Dr. Seuss.

In 1927, Theodor Seuss Geisel married a woman by the name of Helen Palmer Geisel. They were married for 40 years before his wife committed suicide after fighting cancer and various illnesses for 13 years.

Why was that a bad look for Dr. Seuss? Well, he cheated on the love of his life (who was dying of cancer) with someone much younger than himself: a woman named Audrey Dimond, who was married and had children. Dr. Seuss almost immediately married Audrey after the death of his first wife, and his new wife abandoned her children so that she could be happy with a children’s novelist.

Now, you could argue that Helen Palmer Geisel committed suicide as a result of being depressed from her illnesses and that it had nothing to do with Dr. Seuss cheating on her. But if you read her suicide note, the opposite is true. She killed herself because her marriage with Dr. Seuss, the love of her life, was coming to an end.

Her suicide note is as follows:

What has happened to us? I don’t know. I feel myself in a spiral, going down down down, into a black hole from which there is no escape, no brightness. And loud in my ears from every side I hear, ‘failure, failure, failure…’ I love you so much … I am too old and enmeshed in everything you do and are, that I cannot conceive of life without you … My going will leave quite a rumor but you can say I was overworked and overwrought. Your reputation with your friends and fans will not be harmed … Sometimes think of the fun we had all thru the years…

His sick, dying wife, who he cheated on, in her suicide note that she wrote after finding out he was cheating on her, promised that she wouldn’t tell anyone about his affair with her so his reputation would remain intact.

Everyone wants to be like Mike, right? He was in Space Jam for God’s sake. He got to shoot hoops with Bugs Bunny and ended up saving Looney Toon land with Bill Murray and that fat guy who played Newman on Seinfeld. Sadly, although he was likable in the movie, he’s a total asshat in real life and it’s starting to become more and more known.

I could just skim through a few points that prove my point, but I really want it to set in. I want you to realize that Michael Jordan is not a nice human being…at all. Here are a few examples that should drive the point home:

But hey, at least the man knows how to win basketball games.

Henry Ford is credited with inventing the first automobile that could be afforded by middle-class families as well as launching the great American auto-manufacturing company Ford. Although the man was a genius and worth an estimated $188 billion today, he had a few, um, ”opinions” that would be frowned upon today. To put it bluntly: he hated Jews.

Where do you begin? Ford openly sponsored a weekly newspaper called The Dearborn Independent that published anti-Semitic views. Few accused him of discrimination because he hired black workers, women, and handicapped men. But don’t worry, I’m about to get into the juicy details of what made Ford an asshole.

On May 22, 1920, Henry Ford wrote “If fans wish to know the trouble with American baseball they have it in three words – too much Jew.” It gets worse. Henry Ford and his articles caught the attention of Theodor Fritsch, founder of several anti-Semitic parties, and of course, a member of the Reichstag in Nazi Germany. Heinrich Himmler even described Ford as “one of our most valuable, important, and witty fighters.”

Henry Ford is the only American mentioned in Mein Kampf. In an interview with a Detroit News reporter in 1931, Hitler—yes, that Hitler—described Henry Ford as an inspiration, and said that he kept a life-size portrait of him next to his desk. Hitler also said, “I shall do my best to put his theories into practice in Germany.”

You know you’re a terrible person when Hitler looks up to you for inspiration.

Lori Maddox was a 14-year-old girl who would spend a lot of time hanging out with groupies back in the early 1970s. In 1972, Maddox was attending a party where a roadie who worked with Led Zeppelin allegedly said the following words to her: “Jimmy told me that he’s going to have you whether you like it or not!” and then he grabbed her and put her in the back of a limousine. In the limo the incredibly friendly roadie also allegedly said “You f—ing move and I’ll f—king have your head.”

He had such a way with words.

After a long limo ride, Lori Maddox says she found herself in a hotel room with Jimmy Page. She recalls the event by saying that he had his hat down over his eyes and he was holding a cane. She said he looked great, and that night they reportedly had sex for the first time.

But that’s not the end of it.

Page reportedly continued his relationship with Lori Maddox for three years. However, due to the fact that what he was doing was incredibly illegal (even in the ’70s), it was kept under wraps the entire time. In Stephen Davis’ Led Zeppelin biography Hammer of the Gods, Maddox said she occasionally was locked up to make sure the secret didn’t get out (although she said she consented because she was so in love and didn’t want word of their relationship to get out).

Maddox says she never thought to press charges because she thought Page was being…romantic. That’s certainly one way to describe things.

I know. I know. How the hell could Gandhi be on this list? He’s the poster boy for peaceful protest and he seemed like an all-around chill dude. He was—but he was also a bit of a hypocrite and a kind of a pervert.

Although Gandhi claims that he lived a chaste life, there were a few things that he admitted to doing that made you wonder whether or not he was telling the truth. For example, he admitted to frequently bathing with a woman much younger than him. However, when he was challenged on this by the public, he said that while she was bathing he would keep his eyes firmly shut.

In addition to admitting to bathing with young women, he slept completely naked with his 18-year-old grandniece when he was 77-years-old as part of the “ultimate test.” He told the girl, Manu, that they may be killed by Muslims and that they must put their purity to the ultimate test. There is no evidence that they actually engaged in the dirty deed, but the fact that they even if they just lay naked and cuddled is pretty damn weird.

Want more? When his wife was sick with pneumonia, British doctors told Gandhi that a shot of penicillin would heal her, but Gandhi refused to have alien medicine injected into her body, and she died soon after. Fast-forward to years later and Gandhi had become sick with malaria and, forgetting what he made his wife go through, allowed doctors to save his life with quinine.