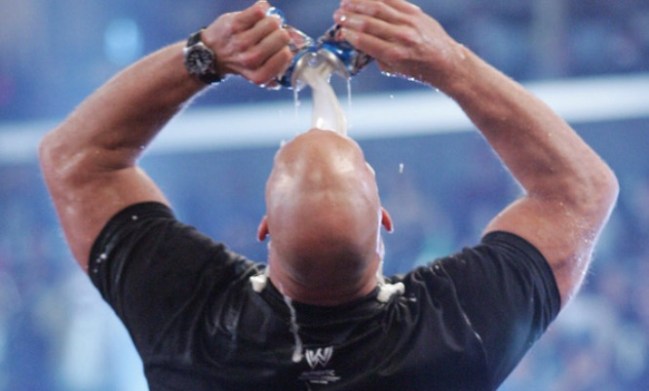 If given the choice to be Uncle Fester from the Addams Family or Uncle Jesse from Danny Tanner’s family, 11 out of 10 men would choose Jesse, despite being a grown ass man living in his brother’s attic chasing a music dream on life support. The reason, the hair. And Becky. Mostly Becky.

Please enjoy this GIF of Gladstone standing entirely too close to an intimate moment with intentions to tug it later while Danny is doing something he’s unfamiliar with–working.

But before you balding bros run to the store to stock up on Rogaine, please consider this study conducted by Dr.  Frank Muscarella from Barry University in Florida.

Muscarella wanted to find out why the baldness trait, which is evident in every culture and often passed down through generations, had not died out even though it is perceived as a negative thing.

To understand why baldness would be passed on, the researchers asked people to view and rate a range of men on four independent scales, according to Daily Mail. These measured physical attractiveness, aggressiveness, appeasement, and social maturity – a measure of factors including honesty, intelligence, and social status.

Dr. Muscarella found that people perceive bald men as honest, intelligent, and dominant. What’s more is that bald dudes have just as the Uncle Jesse’s of the world.

Speaking to Mail Online, Dr Muscarella says, ‘It could be speculated that although the characteristic of baldness decreases a man’s perceived physical attractiveness, it increases his perceived social dominance.

Studies have shown baldness in men is seen as a non-threatening form of social dominance.

‘There is a large body of literature that shows that although women like physically attractive men, they are also very attracted to signs of high social dominance.

‘Consequently, it could now be explained how the characteristic was passed on.’

‘My speculation is that as humans evolved and the group became increasingly important for survival, males played a more integral role in the family group, and it may have been adaptive to evolve a morphological sign of this dominance-related role and one that made the adult males appear less threatening and more approachable to facilitate interactions with them.’

So there you have it, bros. Don’t fight the hair loss. And whatever you do, don’t try to salvage what’s left of your hairline by combing over the few strands you have left. That’s just a tough look.