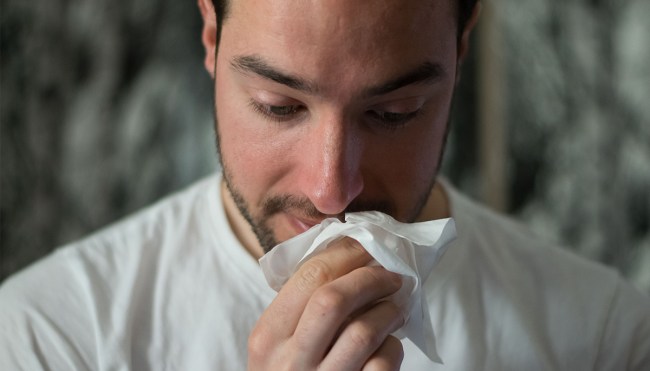 You’re likely aware that alcohol can be a pretty handy tool when it comes to killing germs on various surfaces, so it’s not too much of a leap in logic to think it may be able to theoretically do the same as far as consumption is concerned.

Unfortunately, there’s no evidence that shows you can combat an infection by ripping shots of whiskey until your symptoms subside (and you certainly aren’t going your liver any favors by harnessing that ineffective strategy).

However, according to ABC News, booze can be good for you based on a study that suggests it could make a cold more bearable in moderation—assuming you take the correct approach:

When it comes to adding a shot of alcohol to your cold or flu remedy, it’s hard not to wish those boozy concoctions are doing some good for your health. As it turns out, they are.

Now, it’s worth stressing alcohol can prevent or cure your sickness; it just helps alleviate some of the symptoms of the common cold and flu. Spiked remedies also mean keeping up with nonalcoholic fluids, as Schaffner notes, “Alcohol, coffee, and tea are diuretics, meaning they cause kidneys to get rid of fluid faster than they usually do” (the good doctor recommends supplementing the flu cocktail of whiskey with regular water or fruit juice).

With that said, booze can help with the sniffles when poured into a mug containing a steaming beverage whose moisture can also offer symptom relief.

But what to drink?!? Here are some hot drinks you can harness make your sniffly wifflies a whittle better:

If the hard stuff isn’t your thing, beer is also beneficial, according to a Japanese study that found an ingredient in beer “can curb the respiratory syncytial virus, which causes cold- and flu-like symptoms.”

The study, funded by Sapporo Breweries (those are the beer people), found that “humulone, a chemical in hops, can fight viruses.” A person would have to drink 30 12-ounce cans of beer for it to work, which means you’d basically just forget you’re sick or pass out for a day.

But hey, if it works, it works.