Coast Guard Finds 16 Tons Of Coke Worth $1 BILLION On The Street, So Here’s $1B Of Blow

Have you ever wondered what $1 billion worth of cocaine looks like? I bet you have. If you’ve ever seen an 8-ball of cocaine and thought to yourself ‘wow, that’s disappointingly small’ then you’ve almost certainly pondered what larger amounts of coke look like. These are all hypothetical questions, of course, because I know each and every reader here is an upstanding citizen who doesn’t break the law and dabble in illicit drugs.

**BUT**, since we’ve all seen movies like Scarface and Blow let’s just indulge each other and assume that we’ve all spent time thinking about what thousands, hundreds of thousands, millions, and even a billion dollars worth of cocaine look like. Well, ponder no longer because the United States Coast Guard just rolled into Port Everglades, Florida with 16 tons of cocaine. That’s an estimated wholesale value of $420 million, or a street value of $1 billion after it’s been cut up and sold in smaller quantities.

Here’s what a street value of $1 billion in cocaine looks like: 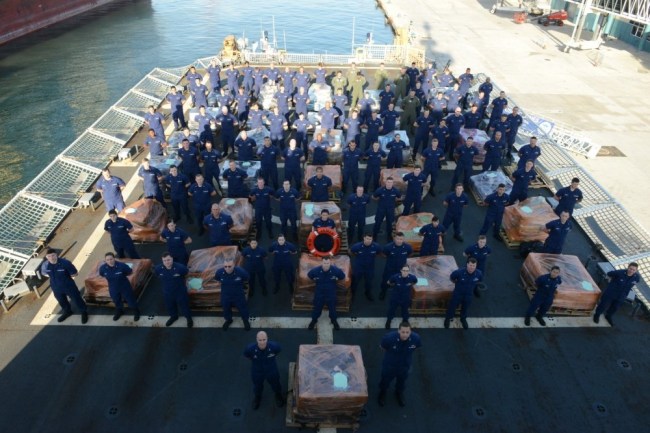 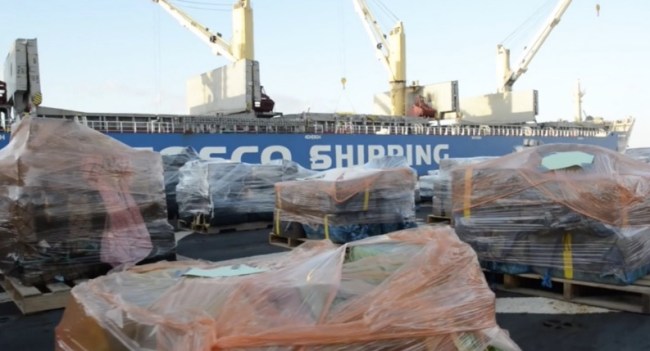 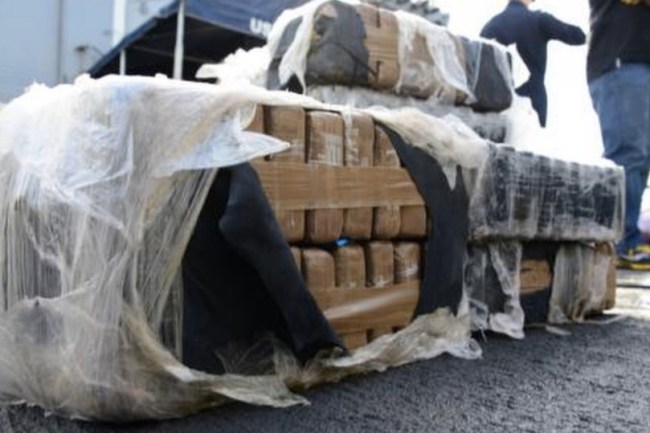 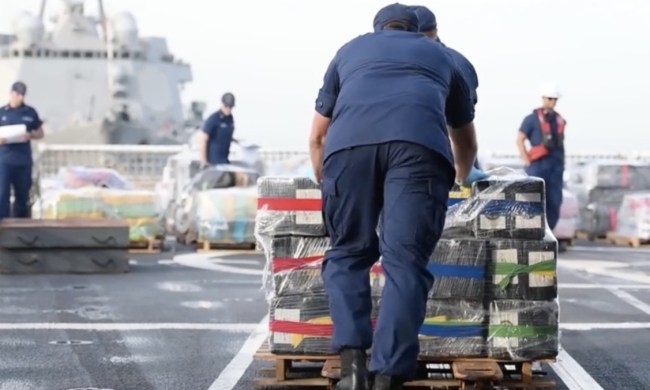 That’s a whole lotta blow being confiscated. Spending most of my time these days working at a computer it’s hard for my brain to even fathom what 1 ton of anything looks like. That’s a MASSIVE amount of weight. 2,000 pounds = 1 Ton. We’re looking at 32,000 POUNDS of cocaine. The average male weight in America is 195.5 pounds, I’ll let you bros do the math on that.

Cocaine does weird things to people. Residents of the typically tranquil island of Key West are stunned by a recent double homicide, the most gruesome murder in years, all tied to fishermen finding 15 kilos of cocaine floating in the ocean. Cocaine production in Colombia is the highest it’s been in years and growing at an alarming rate. And a middle school teacher was just found with over $6 million worth of cocaine and heroin in her home.