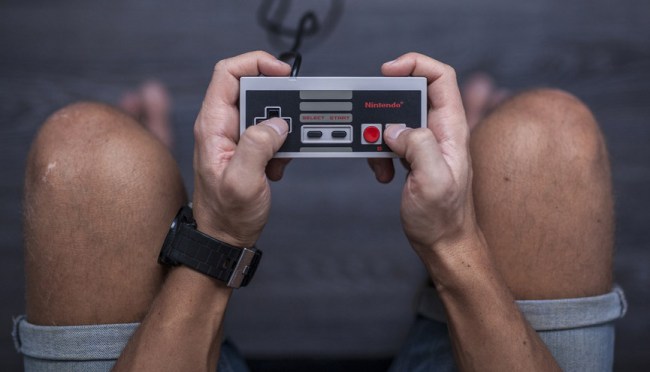 Listen, I will admit that I have played a lot of video games in my life. Probably more than I should have, so I get it. Heck, back when the NES was the shit I spent so many hours of my childhood on it I should have gotten some kind of degree.

However, this guy, Piotr Delgado Kusielczuk who goes by the name “The Mexican Runner” on Twitch is next-level committed to playing video games as he managed to complete the entire NES catalog of 714 games. And it only took him about three years to do it!

According to Mental Floss…

The journey started on Kusielczuk’s Twitch channel on May 28, 2014 and came to an end nearly three years later on February 26, 2017.

The whole thing kicked off with the 1990 game Whomp ‘Em, which Kusielczuko finished in two hours and 11 minutes, and it ended with a Super Mario Bros. 3 run that he completed in an hour and 43 minutes (Kusielczuk chose it because he says it’s the best game on the system).

In between, Kusielczuk finished each and every game to ever be released on the system, including the 679 titles released in the United States and the other 35 PAL exclusives, according to Engadget. The whole endeavor clocked in at 3435 hours, but it was helped along by the fact that Kusielczuk is a known speed-runner.

That speed-running ability came in handy on a number of games. For example, he beat Battletoads in less than a half hour. However, it didn’t help him in every game, as it took him 91 freaking hours to get completely through Miracle Piano Teaching System. (Yes, that is apparently an NES game. Who knew?)

As for whether Kusielczuk plans to try this endeavor again with the SNES games he brags, “NES has probably the hardest game library of any other console, so it wouldn’t be that challenging to me.”

Anyone else here suddenly wish they had as much free time as this guy does?