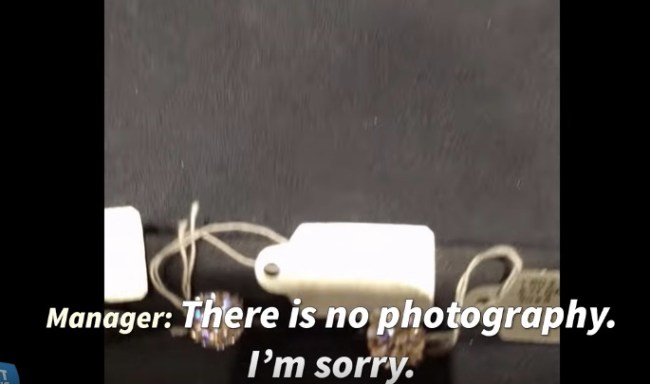 This dude wore a hidden camera into these 4 luxury diamond jewelers in NYC because they don’t allow you to take pictures or video of any product and prices. This is likely to keep someone from exposing their price markup to the public just as much as it is to stop their competitors from constantly mirroring or undercutting their prices. So this bro snuck in his camera and recorded footage of each sales person’s pitch and he captured images of each diamond’s stats.

The latter allowed him to then put together several charts which expose the absolutely asinine price markups by NYC’s luxury diamond jewelers. Here’s the breakdown of the average markup at each jeweler: 253% at Tiffany’s, 276% at Cartier, Van Cleef is 314%, and Harry Winston is marking up their diamonds 336%.

What’s most infuriating about this is having lived in NYC for most of the past decade I’ve seen time and again how easy it is for New Yorkers to purchase *relatively affordable* diamonds by cutting out the middle man. Everyone in NYC knows a guy who knows a guy who works in the diamond industry and can purchase the diamond direct from the same people who sell diamonds to Tiffany’s and Harry Winston. Then, when you purchase the diamond from that person they’re able to set you up with their in-house jewelers…the same jewelers who forge the rings for Tiffany’s and Harry Winston, only they make you your rings in their off-hours.

So the people getting hit with the 300% markup in value aren’t the New Yorkers walking past these jewelers every day, it’s the tourists who don’t ‘have a guy’, or people with enough $$$$ who don’t actually give a shit about markup and actively care about labels. And frankly, I’m not cool at all with knowing that tourists are the ones getting ripped off. That’snot good for NYC.