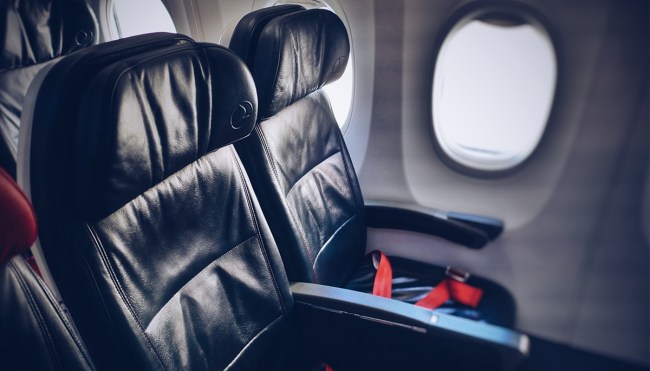 It’s hard to believe that are many people out there who genuinely look forward to flying, as “enjoyable” is one of the last words that come to mind when it comes to describing what you’re typically forced to endure aboard a commercial airline.

There are certainly exceptions, but the misery usually kicks off as soon as boarding begins. That process marks the start of every traveler’s least favorite guessing game—Will There Be Someone Sitting Next To Me?—which frequently ends when you find out you’ll be spending the next few hours engaged in a passive-aggressive battle against a total stranger for armrest superiority.

There’s unfortunately only so much you can do when it comes to controlling your own fate. With that said, the experts over at Travel Codex have a few tricks up their sleeve when it comes to shifting the odds in your favor and increasing the chances you’ll end up next to an exit seat when the flight attendants close the door to the jetbridge.

It’s worth noting the tips in question are designed with international flights in mind, but after taking a look at them, it’s hard to imagine they won’t also come in handy if you’re keeping things domestic.

Here’s a quick look at some of the main things to keep in mind if you’re able to pick your seat when you book:

Again, there are still no guarantees any of this will work, but at least you can head to the airport knowing you did what you could.