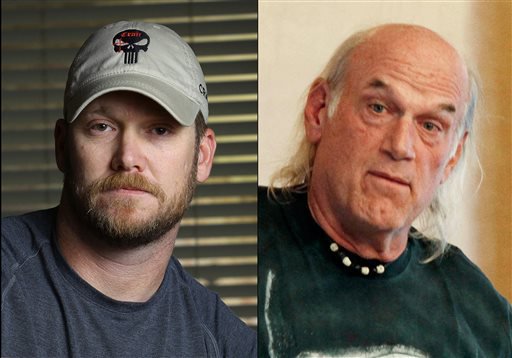 The Supreme Court has rebuffed former Minnesota Gov. Jesse Ventura’s bid for reinstatement of a $1.8 million verdict in his defamation case against the estate of slain Navy SEAL and “American Sniper” author Chris Kyle. The decision on Monday upheld the same verdict by the 8th U.S. Circuit Court of Appeals.

This decision comes after a federal appeals court threw out a $1.8 million judgment awarded to Ventura in June.

Kyle died on February 2, 2013, after he and his friend were killed by Eddie Routh, a 25-year-old U.S. Marine Corps veteran. Routh, who had PTSD and was being mentored by Kyle, shot both men at a shooting range in Texas. So Ventura’s lawsuit was not against Chris, but rather Kyle’s estate, which would be his wife Tara Kyle, who has two children.

In January of 2012, Ventura brought a lawsuit against Kyle because of his bestselling book American Sniper. The book alleged that in 2006 a man who he named as “Scruff Face” made offensive comments about the Navy SEALs at McP’s, a bar in Coronado, California. “Scruff Face” allegedly made a remark that the SEALs “deserve to lose a few” in Iraq. Kyle, a Navy SEAL, took exception to the negative comments and claimed that he knocked out “Scruff Face.”

While doing publicity for his book, Kyle appeared on The Opie And Anthony Show and revealed that “Scruff Face” was actually Jesse Ventura.

“I would have been a big-time loser had I not pursued the lawsuit, because … the whole story was fabricated,” Ventura told CBS This Morning in 2014. “I was accused of treason, which in the military is the death penalty.”

In 2014, a court awarded Ventura a total of $1.8 million in damages as a result of a story in Kyle’s book, “American Sniper.”

Ventura served as a member of the Navy’s Underwater Demolition Team and the SEALs during the Vietnam War era.