Kid Can Turn His Head 180 Degrees Like He’s From ‘The Exorcist’ And OH GOD, MAKE HIM STOP! 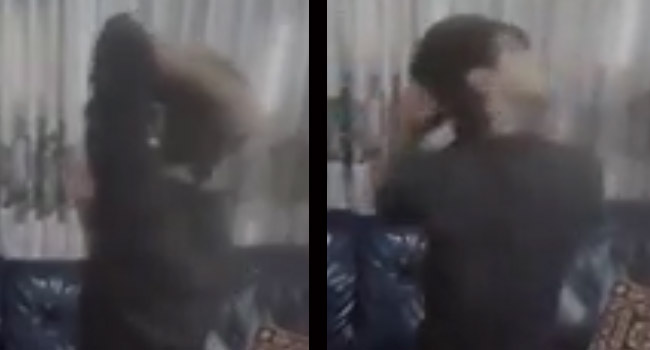 Trust me, you really DO NOT want to watch this kid turn his head around 180 degrees like he’s straight out of The Exorcist.

Seriously. I’m not kidding. Now you have to watch it, don’t you? FINE.

Before you do, I don’t even care if this video is not real. It’s got me and a bunch of people on the internet totally freaked out. So that is reason enough alone for me to bring it to your attention. Even as grotesque as it is, for some reason, I want to believe.

In the video, this boy/demon appears to be asked by those in attendance to show off his “trick.” He then rotates his head 180 degrees so his face is over his back (must…suppress…gag reflex).

Then, after chatting with the folks, he proceeds to turn his head back THE WAY IT IS SUPPOSED TO BE FACING and heads out like it’s no big deal.

Meanwhile, he makes me think it’s time to put in a quick call to Father Lankester Merrin.

Okay, you’ve now been sufficiently warned. Still want to watch it? Of course you do.