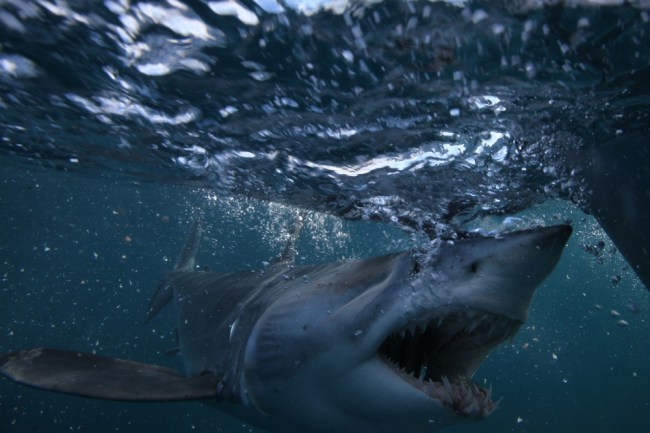 A large Mako Shark measuring around 10-feet in length treated anglers off of Long Island to the fishing trip of a lifetime. Mako Sharks are the most acrobatic sharks in the ocean. They treat anglers to flips and spins while battling. Mako Sharks also can be seen jumping out of the water out of nowhere (probably because they’re swimming at a bait fish and miss).

This shark leaped into the air and landed on the front of Captain Don Law’s boat. The Outlaw Fishing Charters and the rest of the people on board weren’t sure how to get the struggling mako shark off but they put their heads together and devised a plan that ultimately got the shark back into the water.