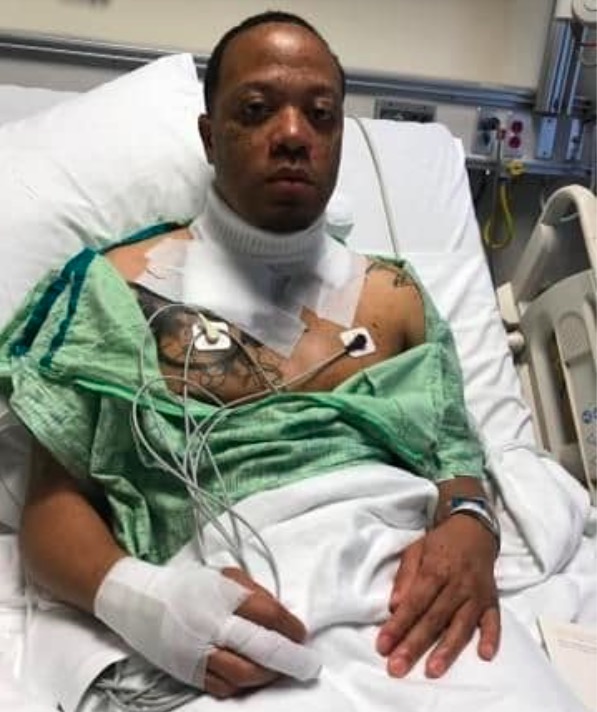 Technology has begun its revolt, and it starts with our little bitch iPhones. This is evident in what happened to 32-year-old Wiley Day Wednesday.

The Huntsville, Alabama man was charging his phone next to his bed as he slept before waking up to smoke billowing from his extension cord, with a numbing sensation throughout his body and burn marks on his neck and hands.

Day’s dog tag necklace reportedly slipped between his charger and an extension cord, making contact with the exposed prongs and sending roughly 110 volts of electricity through his body, jolting him off his bed to the floor. The 32-year-old Wiley Day was treated for 2nd and 3rd degree burns on his neck and hands, according to Complex. Doctors told him he’s lucky to be alive, as 100 volts are typically a death sentence.

The jolt he felt was “the eeriest, darkest, most demonic thing you could ever experience,” Day told The Washington Post on Friday. “I don’t have enough adjectives to describe it.”

“Thursday morning is probably the most scariest morning I’ve ever been through in my life,” Day told WaayTV.

While doctors expect Day to make a full recovery, he knows that he was merely volts away from becoming a dead man.

“Charge your phone away from you,” Day said. “Charge it the next day. It’s not worth your life.”

My flip phone never attacked me. I miss that thing. Simpler times.