QUOTE OF THE DAY

“It may make sense from a scale standpoint to consider the coming together of T-Mobile and Sprint” — T-Mobile CEO John Legere, addressing rumors at CES 2017 while announcing the carrier’s move to sell T-Mobile One as its only plan (an unlimited data one at that), scrapping six other options.

…It was a “sue me” kind of day for some big companies. Let’s tackle them bullet-style:

…But China isn’t pleased. Apple’s (+0.51%) App Store posted solid 2016 results, with total sales amounting to a record $28.5 billion (of which Apple gets 30%), a big ol’ 40% increase from last year—and that’s despite a decline in iPhone sales last year. The main driver: a 90% surge in China app sales. This China growth comes despite resistance from Chinese authorities. Need an example? Apple took down the New York Times app from the Chinese App Store on Wednesday after being told it violated local regulations. The Chinese government has a long history of crashing the party by banning sites it believes are spreading rumors or damaging national security, but that won’t bring down Apple’s spirits today.

A Bloodbath For Retail

…It’s worse than we thought. After disappointing holiday sales, retail stocks got hammered across the board Thursday, with double digit hits to Kohl’s (-19.04%) and Macy’s (-13.87%) leading the way. For its part, Macy’s is set to cut 68 more stores this year along with 10,000+ jobs. Not to be outdone, battered and beaten-down retailer Sears (+0.29%) is closing 100 stores too. Goodness. The strangest bit? Data actually points to a strong retail season, with sales growth of 4%. But traditional retailers weren’t the winners. You guessed it—e-commerce was where it was at. Surprise, surprise: while nearly all major retail stocks were smacked around yesterday, Amazon (+3.07%) finished in the green. Macy’s will be using the cost savings from closing stores to up its e-commerce game. A wise move.

…Out of the Big Apple. While traditional retailers were busy getting pantsed by Amazon, Jeff Bezos and Co. has its sights set on what may seem a strange new target: brick and mortar bookstores like Barnes & Noble (-6.17%). Several days ago, a sign went up at the Time Warner Center in Manhattan saying “Amazon Books” would be opening soon. And the New York installment of “Amazon Books” won’t even be the first—Amazon already has stores in Portland, San Diego and Seattle. You might be wondering why Amazon is getting into the game that it was founded on disrupting. Turns out, it could be a real estate play: Amazon is entering the retail property market at a great time. Asking prices for rent are low, and vacancies are increasing. Unfortunately for those traditional retailers, Amazon Books could be the nail in the coffin.

The second day of CES 2017 revealed some truly far-out products. From home appliances to TVs, concept cars and everything in between, many new technologies have consumers thinking “why?”…but also “why not?” Here’s a rundown of some new debuts at the legendary Vegas conference:

Interview Question of the Day

Two fathers and two sons walk into a candy store. They each buy something for $0.50 but they only spent $1.50. How is that possible? (Answer)

Personal Finance Tip of the Day

Perhaps you’ve heard of it: JPMorgan Chase’s Sapphire Reserve credit card, or the closest thing we’ve got to a “viral credit card”—thanks to its insane signup bonuses. But now that too many people have caught on, the bank is cutting the bonus in half next week. In other words, sign up now. And if you find yourself overwhelmed by credit cards, you’re not alone. Learn more by taking this credit card quiz.

The NFL was kind of freaking out. During the first half of the season (aka election season), viewership of NFL games averaged only 15.5 million, down 14% from the previous season. The good news: after the election, NFL viewership was basically flat. Unfortunately, at the end of the day, full NFL season viewership fell 8%. So is it the election’s fault, or do those darned millennials just not appreciate the glory of football? Maybe a bit of both.

Last month, we asked you to send us a picture of you Brewing. We got some awesome images, and we’ll be featuring as many of them as we can over the next few weeks. Why? Because you’re all awesome, that’s why. First off, say hello to Fiona Riley: 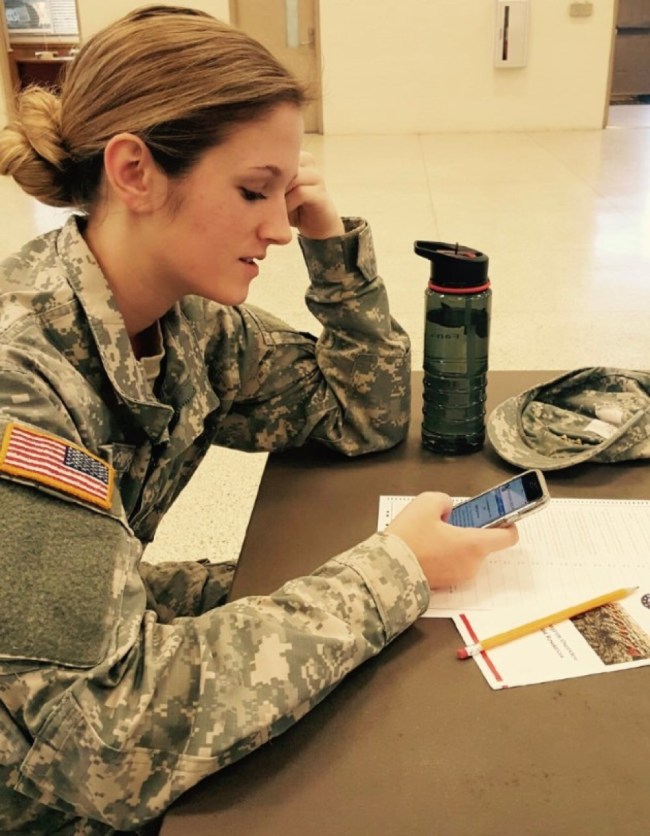 If you had to describe the Brew as a person, who would it be? I think if the Brew was a person it would be the guy who dressed well for an 8 AM class. You know that guy is prepared.

What business story/headline do you find most interesting right now and why? I think it’s been interesting watching everything that is changing for retail businesses. I feel like some businesses are having to re-invent the wheel to stay relevant. I also like to keep up to date with defense contracts because a lot of new technologies come out of them.