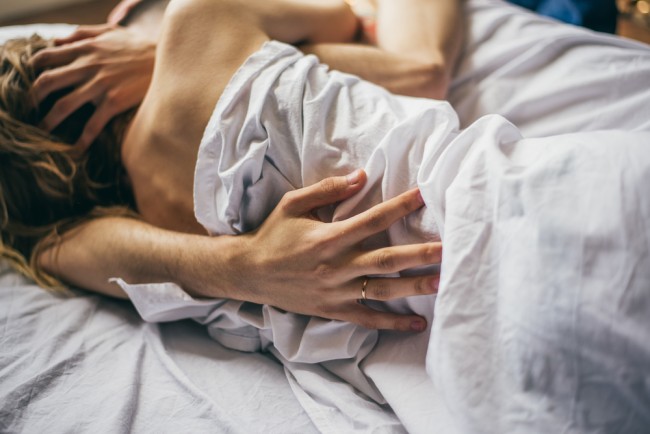 I’ve never understood why some people have to draw a line in the sand and claim that sex at night or morning sex is better than the other. Frankly, I prefer ‘wake up in the middle of the night sex’ because I find that it leads to the best sleep, but depending on the hour of sexy time that can count as both night sex and morning sex.

It’s all a matter of preference, but Christina Cauterucci over at Slate makes a very compelling argument for morning sex being superior to its nocturnal counterpart. Firstly, I know what you’re thinking and the answer is no, ‘Christina Cauterucci’ isn’t a pseudonym for David Covucci, one of our old BroBible editors who was also a major proponent of morning sex.

Moving on, let’s check out some of the reasons Christina believes morning sex is superior:

We have sex at night and on weekends because we’re not at work. We have sex before bed because we’ve already taken off our street clothes, brushed our teeth, and gotten in a horizontal position. Instead of putting thought and effort into it, we default to sex at night because it’s convenient and a force of habit. If humans want to get the most out of their sexual encounters, we need to break free from the strictures of just-before-bed sex and embrace the promising potential of sex at a far better time of day: morning.

Coming out swinging! I fully support this line of thinking. If we want to take sex to the next level we need to first release the shackles that confine us to only having sex at night.

Moving on, via Slate:

In the morning, the cover of drowsiness lends itself to lowered inhibitions, fades as heart rates rise, and is gone by the time both people have finished. Sex lowers stress levels, relaxing participants for the day ahead, and releases endorphins for a boost of invigorating energy. This means all the benefits of morning yoga and a morning run without leaving your comfy bed and the person who shares it.

Do you want to be less stressed out throughout the day but don’t want to purchase a pair of yoga pants and spend your mornings twisted up like a pretzel? Morning sex just might be the answer you’ve been looking for.

She then goes on to lay out a ton of scientific evidence supporting morning sex in place of night sex. So if you’re not yet convinced that hitznitting dem skizzins after waking up is superior to knocking the boots before hitting the sheets then you should CLICK HERE to read that article in full. I could keep on pulling excerpts but I don’t want to steal the entire article, so you’ll have to click on over to read the medically-supported reasons to engage in morning sex.