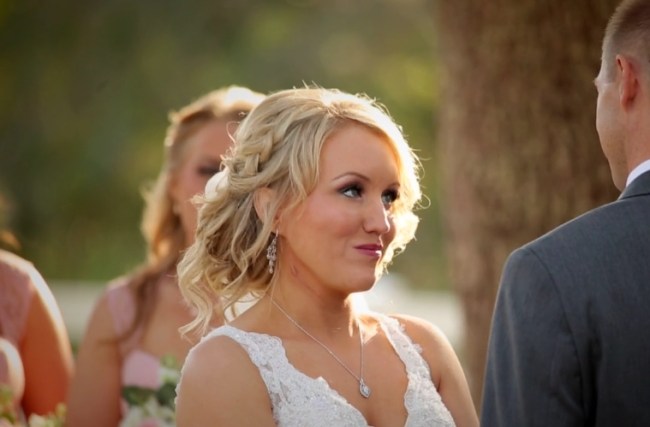 It’s that age-old fairytale romance story. Woman gets stabbed by ex-boyfriend. Woman gets saved by a first responder. Woman marries first reponder who saved her life. A tale as old as time.

On January 24, 2012, Melissa Dohme was stabbed 32 times by her ex-boyfriend. First responders rushed to the bloody scene, including Cameron Hill, a fireman who cleared a landing space for the emergency helicopter. Not exactly your ideal scenario for falling in love at first sight, but it happened between Melissa and Cameron.

They would meet again at a luncheon that was hosted by a local advocacy center for victims of domestic violence. Many of the first responders who helped save Dohme’s life were there including Cameron. The two immediately had a strong bond.

“Later on the next day, Cameron messaged me and said that some of the guys were upset that they couldn’t make it to the lunch,” said Dohme. “So he invited me and Mom to the station for dinner.”

Dohme and her mom prepared cupcakes and wrote in icing, “Thank you to our heroes.”

“I told my mom, I said, ‘Mom, that right there is my next boyfriend. That’s the kind of man that I want to be with.’”

The next week Melissa pulled the ole “just hand-delivering a thank you card to the fire station because if I mailed it then I can’t flirt with you” move to see Cameron again.

They talked for six hours that day, and they’ve been together ever since.

Then after five years since her brutal attack, Melissas said, “I do” at their wedding in Dade City, Florida.

Congratulations to the happy newlyweds!

This domestic abuse survivor found love with the first responder who helped save her. https://t.co/f8HZZ0wC1z pic.twitter.com/WIvTaAw0OZ