Toucan Sam’s Makeover And A Unique Trip To The Dentist On The Brilliantly Dumb Show Ep. 67 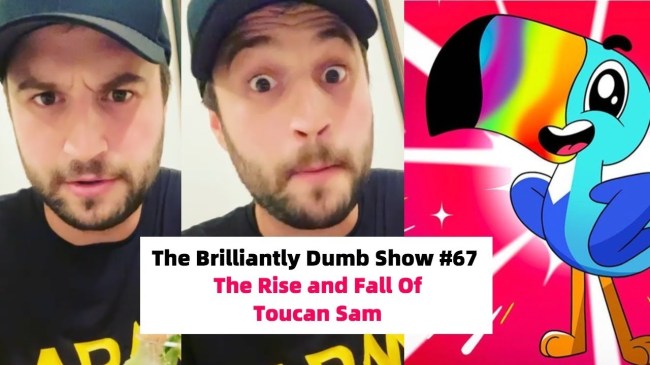 I feel like I am obligated to say this after every episode, but I mean it when I say The Brilliantly Dumb Show Ep. 67 was a wild ride.

I then could not help but express my outrage with Kelloggs, the powerhouse cereal company, deciding to give Fruit Loops’ very own Toucan Sam a wild new makeover. Toucan Sam, who has been a staple of the cereal since 1963, is now not even recognizable anymore.

Toucan Sam is followed by my new dentist’s office that had the remarkable idea of putting a Nintendo 64 in the waiting room. Unfortunately for Doc Goodman, he had to wait for me to finish my race on Rainbow Road before I could join him for my appointment. What did he expect when he put one of the world’s greatest video games of all time in his office?

The show closes out the same way it has for the 66 episodes before this one, with the “Ask Bob Segment”. I discuss my transition from guest services manager at a Four Seasons, to my current career in entertainment with BroBible. Be sure to subscribe to The Brilliantly Dumb Show on YouTube, Apple Podcasts and Spotify.