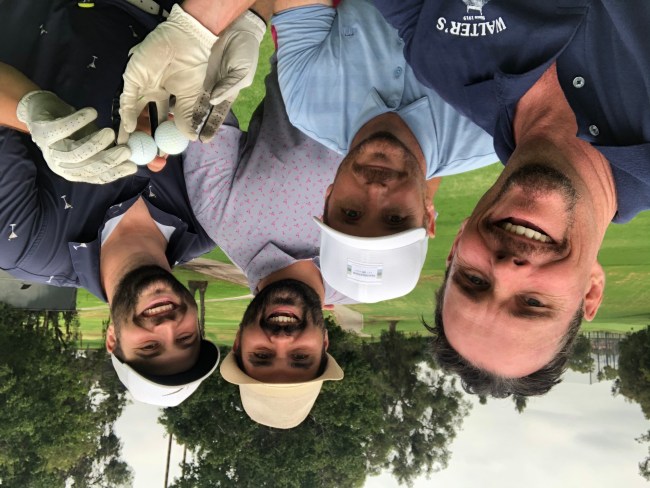 Golf is a beautiful game, no matter how bad you may be playing. A couple of beers and good playing partners will make four hours of the sport just fly by. A good foursome on the golf course can turn an average Wednesday afternoon into a lifetime memory. Especially when those playing partners happen to be from what some may consider the greatest TV show ever made, ‘Entourage.’

This week on The Brilliantly Dumb Show, me and my right-hand man by the name of Joey Cold Cuts, went out on the links with Kevin Connolly who played ‘E’ in the hit show, and Kevin Dillon who we all know played Johnny Drama. The entertainment was off the charts and there were times I had to sit back and really comprehend how wild it was to watch Johnny Drama and E on a golf cart crushing beers together.

Connolly and Dillon are good friends and have been for years after filming eight seasons and a movie together. From interviewing the rest of the cast and playing 18 holes with these guys, it’s easy to tell how they were able to make ‘Entourage’ into the success that it was. Being such a close-knit group in real life made it almost a walk in the park to portray that same image in both the movie and the show.

From a content perspective, I can’t think of a much better script for a vlog than E and Johnny Drama out on an average every day public course just getting after it. No practice swings needed just a couple of beers and a few hot dogs at the turn.

That’s exactly what we had here right alongside myself and Joey Cold Cuts. For more of the vlogs and podcast content be sure to subscribe to The Brilliantly Dumb Show on YouTube and all other streaming platforms.