Let’s Talk About That Awesome, Outrageous Character Reveal In ‘Falcon and Winter Soldier’ 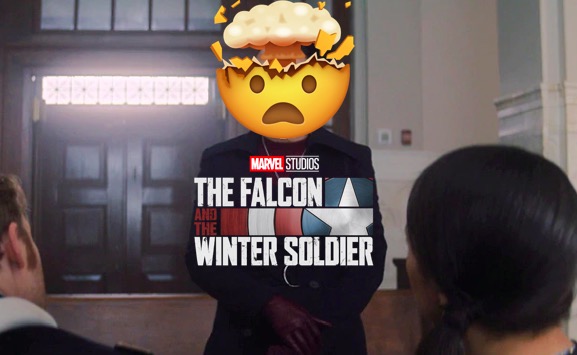 The time is 8:23 a.m. EST, and I kid you not, I just yelled loud enough to wake the neighbors down the hall after finally seeing the big Marvel Cinematic Universe reveal that The Falcon and the Winter Soldier unleashed in its thrilling fifth episode, “Truth”.

Warning: Spoilers for Episode 5 of The Falcon and the Winter Soldier, “Truth”, will follow.

The entire week leading up to this Friday’s episode, there had been reports that the fifth entry into The Falcon and the Winter Soldier would feature a relatively massive cameo from a newly introduced Marvel character played by a “recognizable” actor. And, honestly, I’m not sure I could’ve dreamed it’d be this good: about 15 minutes into the episode, in strolled eleven-time Emmy award-winning actress Julia Louis-Dreyfus as Contessa Valentina Allegra de Fontain. Let me say that sentence again: eleven-time Emmy award-winning actress Julia Louis-Dreyfus has joined the Marvel Cinematic Universe. 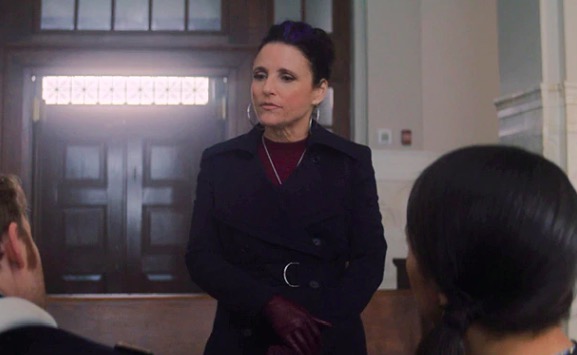 Now, according to Vanity Fair, JLD’s Contessa Valentina Allegra de Fontain (or Val, for short) was originally supposed to make her debut in the long-delayed Black Widow, which would’ve perhaps made the reveal all the more thrilling as it would’ve been seen in a theater with dozens, if not hundreds of other people. Nevertheless, seeing JLD enter the MCU is certainly not something I’d ever imagined, but now that I’ve seen it, I realize how much sense it makes.

Contessa Valentina Allegra de Fontain — we’ll be calling her Val — is more or less the female version Nick Fury (in fact, the pair have been often romantically linked), as she’s an elite, international spy. She’s gone by many names in the comics, perhaps most notably as Madame Hydra. Now, while Val isn’t necessarily (always) a villain, she’s also a cunning spy that’s gotten the once-over on Fury in the past. She’s even revealed to be possessed by a Skrull in Secret Invasion, so perhaps that’s another direction the MCU could take her in.

Given the general vibe she gives off during her debut scene — telling Walker he was right to brutally murder a Flag Smasher in broad daylight — it doesn’t appear as though she’s going to enter the fray as a force of *ultimate* good. There have long been rumors that the MCU is building towards the Thunderbolts, which is essentially their version of the Suicide Squad, so perhaps Val will be serving in an Amanda Waller-esque role (coincidentally, Baron Zemo is also a significant member of the Thunderbolts in the comics). When considering the nature of her conversation with Walker — “pick up the phone when I call you” — this option feels both the most likely and the most tantalizing. Could Walker and Zemo one day find themselves fighting on the same side?

There’s also the possibility that her role is revealed to be that of the Power Broker given the way in which she’s been operating in the shadows. Regardless of what role Val ultimately takes, it’s going to be a big recurring one seeing as though she’s set to appear in two of the first four Phase Four projects: Black Widow and The Falcon and the Winter Soldier. Hell, she could still pop up in Loki, although I *highly* doubt it.

What an excellent day to be a Marvel Cinematic Universe fan, as Julia Louis-Dreyfus is, quite literally, one of the funniest people alive. Seeing her bring that trademark edge to a morally gray MCU character is going to be a thrill.