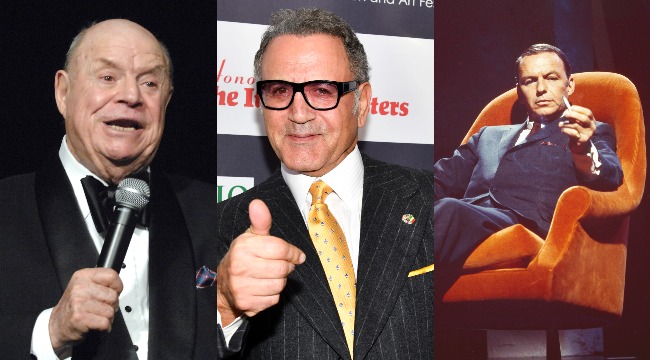 Frank Stallone joined our Endless Hustle podcast this week to discuss a variety of things:

Stallone, a Grammy-winning musician, also discussed opening for Don Rickles and how a Frank Sinatra gesture bailed him out of an awful date.

Frank @Stallone on Don Rickles roasting a young Sylvester Stallone when his career was in the toilet and how one gesture from Frank Sinatra nearly caused him to drown in women.

“[Don] would always break my balls no matter what. But he was a very nice guy. When I was playing a gig with him and my brother and Jennifer came there. Sly’s career was kind of in the toilet. This is before Rocky Balboa and the big comeback, The Expendables. So his career wasn’t doing well.

If only we all had a friend like Frank Sinatra…

“He introduced me at the Hollywood Bowl. And so I’m there and I’m on a date and it’s just not happening, man. It’s just one of those things where you go, ‘Why did I bring this girl here?’ And I’m under the star in the Hollywood Bowl. It’s beautiful out. It’s Frank Sinatra. If you can’t get it on with that, you should kill yourself. I’m like, ‘I could have brought this other chick with me, it would have been great.’

So at the end, Rickles used to come out with two glasses of Jack Daniels for the final. And Frank salutes and [guzzles it down] and goes, ‘By the way, is Frankie Stallone out there?’ And I’m up really close. I’m like, ‘Oh my God.’ And I go, ‘Yes, I am!’ Hey I heard your new album with Billy May. It knocked my socks off, kid. Salute.

Now the girl next to me, all the sudden now I’m the best thing. So she’s on me like a cheap suit. I said, ‘Ya know what, you bum me out. Take a cab, you’re outta here.’

And those other girls came around. It was a good night.”

Check out the entire Stallone interview below: