Georges St-Pierre Reveals How His Mindset On The G.O.A.T. Conversation Shifted In Retirement 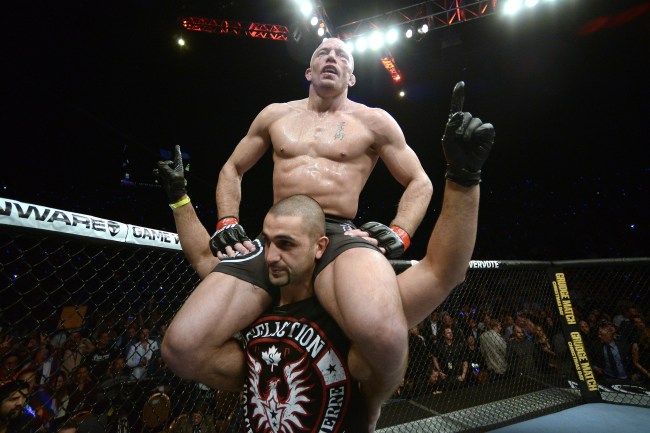 White claimed that Jones’ only career loss—a disqualification against Matt Hamill in 2009 for illegal downward elbows—should have only been a point deduction, thus “he shouldn’t have a loss.”

While the G.O.A.T. debate is just a circular exercise in cleverly moving the goal posts, you cannot have the conversation without accounting for two-division champion Georges St-Pierre (26-2 MMA, 20-2 UFC). The pride of Canada and UFC Hall of Famer ranks number one for the most wins in title bouts (13) and also has the second longest streak as champion (six years).

GSP, aka Batroc in Marvel’s Falcon and the Winter Soldier, joined our Endless Hustle to discuss how his mindset surrounding the G.O.A.T. debate has evolved since his last ever fight in 2017.

The 39-year-old said that when he was champion, he was not competing with the guy he was fighting, but instead with the sports all-time greats. That mindset shifted when he realized he was trying to pin down a moving target.

And if you don’t believe me, just look at the 100 meter dash. Every few years, the record gets broken. Usain Bolt was great, but one day there will come a guy who will beat his record in the 100 meter and mixed martial arts is no different.”

GSP vs. Khabib was the fight that never was due to GSP being medically unfit after Khabib called him out post-UFC 223 and Dana White requesting Rush stay at welterweight. We asked him what the outcome of that fight would have been, to which The Humble One remained true to himself.

“I’m going to answer this by being the most objective as I can, and that’s subjective. What I can tell you is that in basketball, in baseball, in football, it’s not always the best team that wins the game. It’s the team that plays the best the night of the game. Fighting is no different.

So even though I believe I’m better than him, I don’t know what would have been the outcome.”

No matter where you stand in the GSP G.O.A.T. conversation, one thing is undeniable: the dude lives the dopest life. Messed around and joined the Marvel universe. Sheesh.

Check out our full interview with GSP and Harry Lennix (Martian Manhunter in Justice League) below!