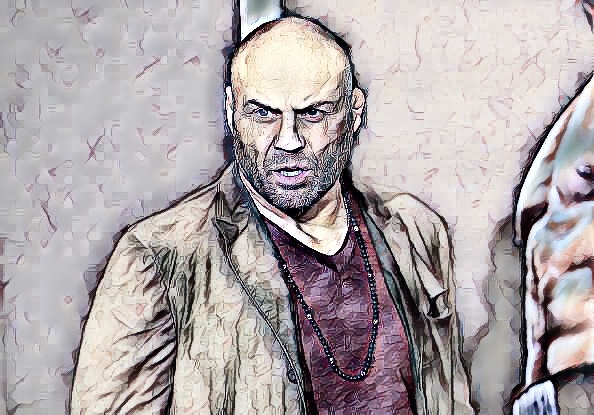 Sometimes I read Randy Couture’s Wikipedia page for a good cry. It’s liberating to give up the notion that I’m special from time-to-time. Keeps me honest.

To say Mr. Couture isn’t blessed is like saying he couldn’t snap you in half, but the UFC Hall of Famer puts his pants one leg at a time just like you and me. That’s just about where the similarities end, because Randy Couture may be the only person on the planet to try to foam roll out a full blown heart attack.

As the legend has it, Couture suffered a heart attack in FOX NFL Insider Jay Glazer’s Unbreakable gym in October 2019, attempted to foam roll it out, and proceeded to walk himself 2 miles to the hospital before being admitted to the ICU.

We spoke with Couture on our Endless Hustle about what went really down that fateful fall afternoon and why he’s grateful it happened when it did.

.@Randy_Couture may be the only person in history who's tried to foam roll out a full blown heart attack.

As they had Couture on a gurney rushing him upstairs, docs asked his pain level from 1-10.

“I’m in the middle of a workout and I’m feeling like crap. I had this weird ache, I thought, ‘Man, how did I pop a rib?’ I had this ache that wrapped from my back all the way around. And I’d popped my ribs before. It was different. It was duller. But it wouldn’t go away. So I finished the workout, I get the foam roller, I’m trying to roll my ribs out, make this ache go away.”

The ache would not surrender, so Couture drove home, laid down for 10 minutes, and decided to walk himself three blocks to Cedar Sinai, one of the best cardiac hospitals in the country.

“They put me on the EKG and man, when they hooked that EKG up, you’d have thought it was NASCAR. They were ripping my clothes off, had me on a gurney rushing me upstairs. They’re like, ‘You’re having a full blown heart attack.’

Couture is grateful that the heart attack happened near his home rather than a month prior, when he was ‘dehydrated as hell’ hiking up Yosemite Falls.

“Dehydration played a big part in that scenario, having the plaque rupture and creating the clot. If I had done that up in Yosemite, I would’ve been toast.”

Stallone / Van Damme / Lundgren / Norris / Schwarzengger / Stone Cold / Couture. @Randy_Couture reveals who the biggest alpha was on the set of the #Expendables.

"Be careful taking your wives to that movie cause they might walk away pregnant." 😂

Check out the full interview with Couture below: