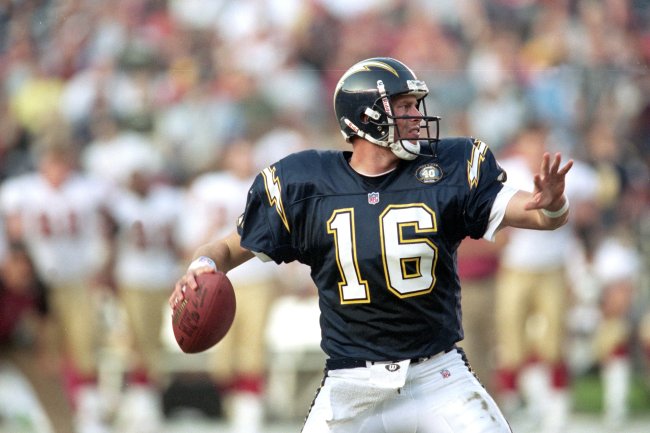 In the not-so-distant future, Ryan Leaf’s three-year-old son, McGyver, will Google his dad’s name and will need to click to Page 9 to learn that daddy was a Heisman finalist and first-team All-American who led an otherwise irrelevant Washington State team to its first Pac-10 championship in school history.

Pages 1-8 will be chalk full of “Draft Bust” precursors, less than flattering mugshots, reports of felony burglary, theft and drug charges, and more ‘Draft Bust Power Rankings’ that will forever link him with JaMarcus Russell and the Patriots tight end who was also a serial killer.

McGyver will have to click beyond the headline to learn that the embarrassment from his public failure to meet expectations was the impetus for shoveling substances in the void reserved for self-worth. How the paradox of being so good at something, yet ultimately remembered for being so bad at it can spiral a man’s psyche into a Montana prison cell for 32 months. How the criminal can on some levels also be the victim.

We spoke with the 44-year-old former NFL quarterback and self-described “narcissist” on our Endless Hustle podcast about how his journey informs his perspective and how wearing his scars helped resurrect him from an emotional hell to a place of gratitude, and even sense of humor:

“I can’t drink or use drugs. I’m allergic to them. I break out in handcuffs.”

.@RyanDLeaf talking about rock bottom, gratitude, and redemption is some next-level perspective from a guy who's been through hell and back.

When asked about his rock bottom:

“Well you think it would be attempting to take your own life. You think it would be waking up on a jail cell floor with a suicide smock on because you were yelling crazy things to the officers while you were being arrested. You think it would be going to a real prison. I don’t know if any of that was. I think the ultimate rock bottom is you’re no longer here. If you quit. I think that would be the bottom. And luckily for me I didn’t find that. I’m so grateful that all my attempts to not be here or be part of society or my community or my family didn’t work because it would have been the most selfish act. That would have been the bottom.

So I don’t necessarily know if I actually did. There were bad times. But I’m also in a place where I can stand in front of a room full of people and tell them I was grateful for having spent 32 months in prison. Now I don’t recommend it. But I can say that I’m grateful for that, which is a complete 180.”

Listen to our entire interview with Ryan Leaf below (also, subscribe and review to the pod, it’s the holiday season!).