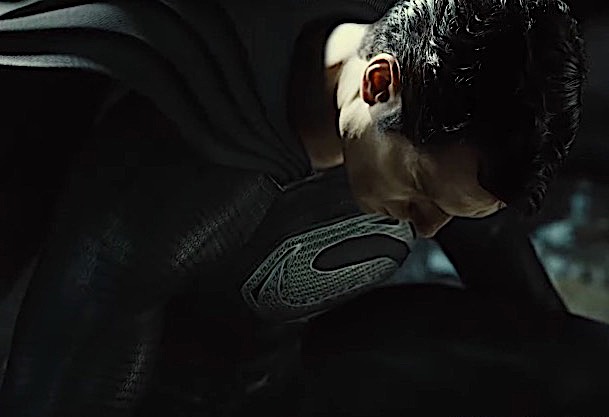 After years of hashtagging and fan-campaigning, Zack Snyder’s Justice League is finally on the verge of arriving, as the director dropped the first official trailer for the film over the weekend — a trailer that primarily showcased how this film will be something entirely different than the 2017 theatrical cut.

At the very least, we know — well, to be honest, we hope — that Zack Snyder’s Justice League will be better than the 2017 theatrical cut. I mean, it can’t possibly get any worse, right? But how, exactly, will the Snyder Cut improve on the DCEU’s take on the Justice League, if at all? Let’s break it down.

The Aesthetic and the CGI

Not only was 2017’s Justice League a poorly constructed film, but it was also an assault on the senses, as Joss Whedon dipped the film in a candy-coated filter that the franchise has never seen before.

Say what you will about Zack Snyder, the man has visual flair. He understands how to make his heroes look heroic. Think of the scene where Flash saves Iris West from a car accident: that looks both thrilling and beautiful. Or when Superman takes flight in the black suit with the gravel rising around his fist feels: momentous.

Snyder, above all else, understands the kinetic appeal that each of these heroes carries and knows how to deploy them in a thrilling manner.

While there are people who aren’t a fan of Snyder’s darkly-tinted DCEU — and I think that’s a valid criticism — I found the blindsiding camp and one-liners in Justice League to be one of its biggest issues. Snyder’s vision for this DC Universe has been this way, this hyper-serious, since Man of Steel. In fact, it’s largely what I enjoyed about Man of Steel, and I hope that tone will remain present here. Snyder himself has even said that the film will include very few jokes.

Long story short: Steppenwolf was an absolute joke in the theatrical version — both in terms of character design and development — so repositioning him as Darkseid’s pawn is a way better antagonist set-up.

Cyborg represents one of the worst components of Justice League. From his terribly-scripted, shoehorned-in exchanges with his father to his post-battle “my toes hurt” quip, everything about the Cyborg character seems wholly shotgunned and unrefined. There’s no arc, no story, no character development. He just appears, reads some lines, and blows a few things up.

In the first trailer (dropped back in August), however, we see the full scope of what exactly Snyder was going for, as some of the trailer’s most emotionally affecting shots feature a grief-stricken, regretful Cyborg watching his father evaporate before his eyes as he struggles to move towards him.

And I don’t know about you, but man, even though they were only brief clips, those scenes hit me squarely in the feels. It’s certainly not a novel emotional concept but it’s a wildly effective one all the same: the idea of letting go of the anger you feel towards someone when you realize it’s too late. What previously felt like hollow, almost bratty resentment of his father now feels like a fully realized portrait of a man reckoning with not only what his father’s done but what he’s done to his father. His father may have turned him into a monster, but it was only out of love, and Cyborg coming to that realization as his father goes is a devastatingly tragic character arc, an arc that a character as iconic and complex as Cyborg deserves.

The Batmaning, as the Dark Knight was USELESS in 2017’s Justice League

Despite the way in which he isolates himself, one of Batman’s greatest strengths is his ability to unite and lead. To get both gods and monsters alike to not only follow his command but believe in his word. That feels evident throughout this trailer, as if humanity’s defense will be of his design and his design alone. Plus, now he has a fucking tank.

The Scale and the Sense of Wonder

Of all my complaints about 2017’s Justice League‘s, the most scathing is that the film failed to live up to the epicness it deserves. This is the JUSTICE LEAGUE we’re talking about here, and the Joss Whedon Frankenstein project simply did not feel like a culmination of some of comic books’ most iconic heroes. This does.

Whereas Marvel gets credit for understanding the personalities of their heroes, Snyder very clearly has a much better understanding than Whedon of what simply makes these characters fucking dope and how to best utilize their powers. Every time you see one of the heroes in action, you’re reminded of that character’s greatness and what legendary skill set they bring to the table. You’re reminded that you’re seeing the result of nearly a century of superheroic storytelling unfolding before your eyes. You’re awed. And that’s how films like this are supposed to make you feel.

‘Zack Snyder’s Justice League’ will hit HBO Max on Thursday, March 18. We’ll both previewing and reacting to the film over on the Post-Credit Podcast, so make sure to subscribe and check that out.