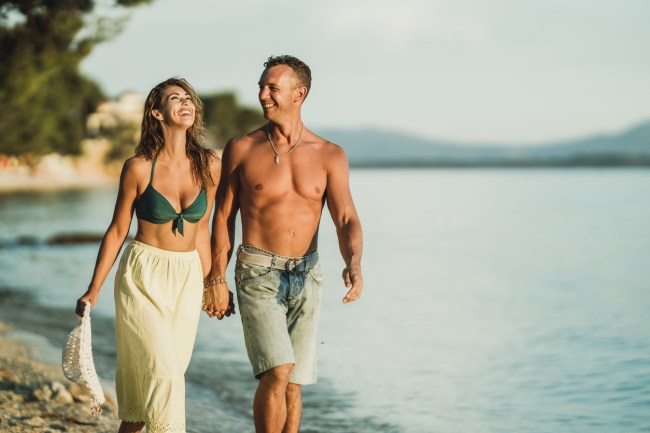 Are you seeking relationship advice for a happy marriage? Some successful couples claim that the “2-2-2 Rule” has helped them maintain a loving relationship.

A piece of relationship advice has recently gone viral on social media – which prioritizes couples setting time aside from their jobs and kids. The 2-2-2 Rule calls for couples to spend more time together if they are struggling to maintain a happy marriage. The romance guidance dictates that couples devote more time to each other, and not stray apart.

RELATED: Woman’s Dating Advice Is To Make ‘Rosters’ Of Men For Free Food And Drinks This Summer Without Having Sex

In the “Ask Reddit” subreddit, one user asked, “What’s the best relationship advice you have ever heard?”

Another Redditor replied, “On our wedding night, I told my wife that we now had a 2/2/2 rule.”

The Redditor added, “We’ve stuck to it, and it really has made things awesome. We got married in August and people still ask how long our honeymoon phase will last. I think it’ll last as long as we stick to our 2’s.”

Former NFL player and international speaker Anthony Trucks endorses the 2-2-2 Rule. Trucks noted that he married his high school sweetheart Christina. However, the married couple divorced and then remarried. Trucks believes that the 2-2-2 Rule and spending more time together helped his marriage.

“It was back in 2016 I came across data that showed spending time with another person makes you psychologically closer,” Trucks told Fox News. “If something is a priority to you, you have to dedicate time to it.”

The Trucks made time for each other, including traveling together – which improved their relationship.

“We’re not waiting for the whole thing to burn down,” Trucks said. “If we didn’t deliberately allocate time to each other we could get lost in the schedules and work and kids’ sports.”

RELATED: Woman’s Relationship Advice Is To Put Men Through Tests On Dates To See If They Are Worthy

Psychoanalyst and marriage counselor Kimberly Hershenson recommends the 2-2-2 Rule to her clients.

“It gives couples the time to communicate and find out what’s going on in each other’s lives,” Hershenson stated.

RELATED: What Is Hardballing? The New Dating Strategy That May Scare Off Some Suitors

RELATED: Analysis Of 174 Studies Found This Quality Was Most Important For Happy Relationships

RELATED: Science Says A Woman Is Most Likely To Be Flirting With You If She Makes A Certain Facial Expression