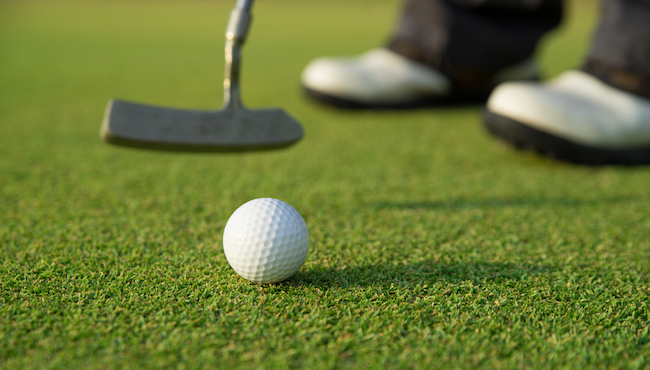 I’ve played a number of sports in various capacities over the course of my life, and I’m pretty sure the most valuable prize I’ve ever taken home thanks to my skills was a Batman-branded basketball I won by sinking a shot during a band trip to Six Flags in middle school. As much as I like to think I’d be able to nail a halfcourt shot for an insane amount of money if given the chance, I’m pretty sure I’d just end up shooting a brick that would give me a brief moment of internet fame for all the wrong reasons.

Based on my consistent inability to hole a five-foot putt on the practice green, I assume I’d fare even worse if I got the opportunity to make an absurdly long shot with a prize on the line— an achievement that a number of people have managed to reap the benefits of over the past few months.

However, none of them have come close to being rewarded for their skills like a man who took home an absolutely insane prize package at a golf show in Minnesota last weekend.

On Sunday, self-described “weekend golfer” Paul Shadle was given the chance to sink a 120-foot putt at the Minnesota Golf Show with a $75,000 boat and $25,000 in cash on the line. As you can see, he took full advantage of the opportunity.

According to CBS Minnesota, Shadle threw down $5 on Sunday afternoon and successfully made a 100-foot putt, which qualified him for a chance to make a 50-footer— which he obviously converted— to become eligible for the final challenge.

Based on everything I know about owning a boat, Shadle will end up sinking all of the prize money he won on maintaining it, but at least he’ll always have a great story to tell at the 19th hole.