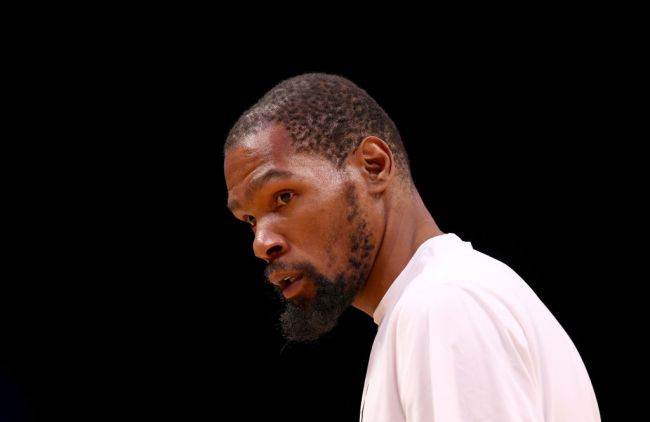 Just when the Brooklyn Nets thought they were safe from their franchise falling apart, they got hit with some bombshell news. Today, Kevin Durant requested a trade despite the Nets retaining Kyrie Irving.

It didn’t take long after the news broke that KD had requested the trade for Adrian Wojnarowski to reveal the teams he has on his wish list. According to Wojnarowski, KD has the Phoenix Suns and Miami Heat on his list.

Phoenix and Miami are among two of the teams that Kevin Durant has on his wish list, sources tell ESPN, but the Nets plan to move Durant where they can get the best possible deal. With four years on his contract, there’s no shortage of teams willing to unload assets for Durant.

Both of these teams could offer interesting packages for KD. The Suns could send Ayton to the Nets along with a bunch of picks to land Durant.

The Heat could use Tyler Herro and picks to entice the Nets to send KD to South Beach.

Either one of these teams landing Durant would immediately put them among the favorites to win the NBA title next season and would also get Durant crushed by the media.

KD’s reputation has never quite recovered from joining the Warriors after their 73-9 season. Joining the Heat or Suns, who each finished at the top of their conferences last season, isn’t going to help him out, especially if he can’t win another ring.

However, these two teams represent KD’s best chance to win a ring right now without Steph Curry and can offer the Nets packages that will actually entice them to trade Durant.

He’ll just need to make it count if he does end up with either of these teams.