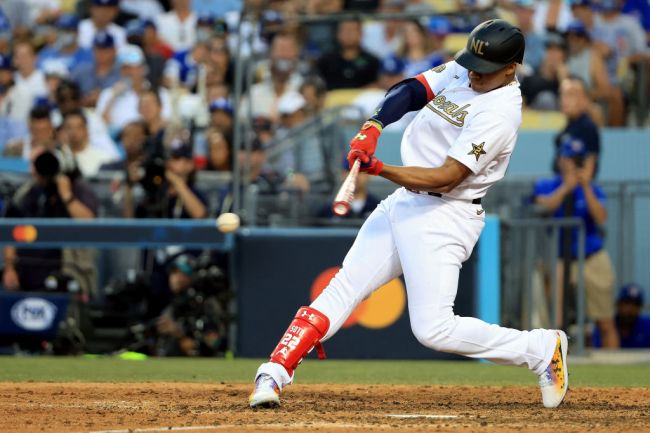 It looks like the Juan Soto sweepstakes is about to begin in the MLB and there are sure to be plenty of teams interested in one of baseball’s best hitters.

The Washington Nationals are expected to begin trying to trade Soto ahead of the trade deadline after he rejected their contract extension offer worth $440 million dollars over 15 years.

After Soto rejected that lowball offer, there appear to be a couple of teams leading the chase to land him. According to ESPN’s Buster Olney during an appearance on “Get Up”, the San Diego Padres and Toronto Blue Jays are expected to be the teams most aggressively pursuing Soto.

The expectation of rival executives is the Nationals are going to trade Soto. The two most, I think, invested teams in this chase might turn out to be the San Diego Padres, who are a win-now team. How much fun would (Fernando) Tatís (Jr.) and Soto and (Manny) Machado be in their lineup? And the Toronto Blue Jays, who desperately need a left-handed hitter in the middle of that very right-handed lineup.

The Padres and Blue Jays both find themselves fighting for Wild Card spots in their leagues thanks to the dominance of the Dodgers and Yankees. Soto’s bat would be a huge help for either team in their fights for the playoffs.

This season, his average has dropped to .250, but he has already hit 20 home runs at the All-Star break.

Soto is sure to draw quite a trade market over the next couple of weeks and could make a huge impact on the MLB playoff picture once he’s traded.